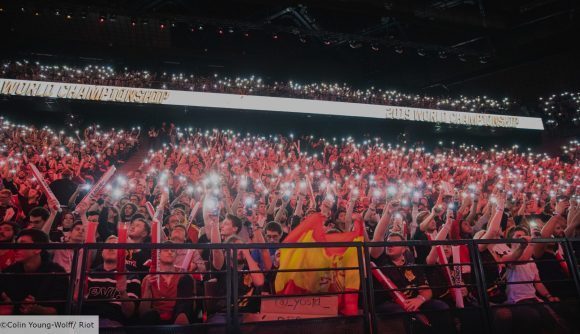 After the 2019 League of Legends World Championship was spread out amongst three European cities, the 2020 Worlds in China will follow a similar structure, with six cities across the country playing host throughout the tournament.

As was reported by ESPN, six Chinese cities will stage varying stages of the tournament. The only confirmed city so far is Shanghai, which will host the final at the 54,000-capacity Shanghai Stadium. The last time Worlds came to China in 2017, Riot managed to sell 45,000 tickets for the final between SK Telecom and Samsung Galaxy at Beijing’s Bird Nest stadium, which made it the largest live audience ever at an esports event. 2020 will look to break that record once more.

Although the full list of cities hasn’t been confirmed, we can assume that at some point there will be some Worlds action returning to Beijing and Guangzhou, who along with Shanghai were host cities in 2017. Other likely candidates for host cities include Chongqing, which has recently hosted a major in Dota 2, and Hangzhou, which in 2018 opened its own ‘esports town’.

The 2020 World Championship will mark the tournaments tenth anniversary, so it seems as if Riot are going to be pulling out all the stops to make it the greatest esports spectacle ever seen.

“The big info you gotta know for next year is that we’re going bananas,” Nicolo Laurent, CEO of Riot Games, said to ESPN.

The six host cities for China 2020 will be the most ever for a World Championship, beating the 2018 Worlds which saw four different locations in South Korea host the action.

With China being the biggest League of Legends and esports audience in the world, a massive venue already confirmed for the final, and the premise of it being the tournament’s tenth anniversary, it’s safe to say that expectations will be incredibly high for when Worlds 2020 kicks off in 11 months time.