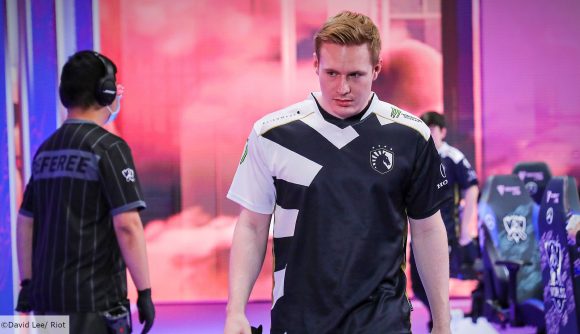 After a disappointing start to the League of Legends Worlds group stage for LCS teams, Team Liquid has given NA fans a reason to celebrate after crushing G2 in Group A.

After losing to Suning and Machi Esports in its opening fixtures, a Team Liquid victory seemed incredibly unlikely against the group’s top seeded team. However, the North American team was on top for virtually the entire match, ruining G2’s plans of utilising its early game-focused composition. By the end of the 34-minute match, Team Liquid were 24-11 for kills and had a commanding gold lead of 9,000. Midlaner Nicolaj ‘Jensen’ Jensen was the stand out performer for Team Liquid as Orianna, constantly diving into team fights and dealing huge damage. The Dane came out with a 10/2/10 KDA.

This was Team Liquid’s first win of the group stage and is the second consecutive victory for NA teams after FlyQuest broke the region’s five game losing streak against Unicorns of Love yesterday.

It was also a case of revenge for Team Liquid. This was the first time it has faced G2 since its MSI humiliation in 2019, in which the LEC team swept them 3-0 in embarrassingly quick fashion.

G2 still sits at the top of Group A on a 2-1 record, but will be tied with one of Machi or Suning following their clash today.