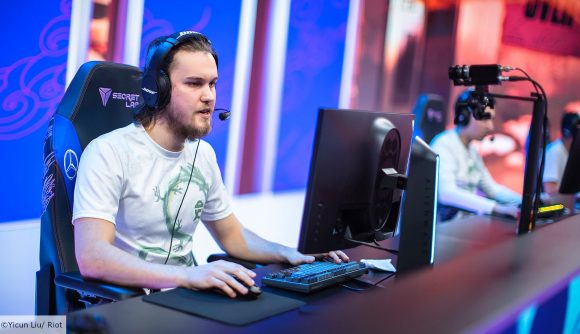 With LCS teams failing to win their first five fixtures of the 2020 League of Legends Worlds group stage, the discourse that emerged in 2019 around the ability of North America flared up once again.

However, FlyQuest has, for now at least, has put an end to that discourse after winning a thrilling match up against Unicorns of Love. The 36-minute match saw Unicorns of Love dominating early, but FlyQuest began to claw things back thanks in part to their gold advantage. The highlight was a chaotic team fight in the closing stages that saw Lucas ‘Santorin’ Larsen steal the game’s second Baron for FlyQuest, giving his team the chance to storm UoL’s base and take the victory.

While Santorin’s Baron steal was a highlight, FlyQuest’s Tristan ‘PowerOfEvil’ Schrage – who previously represented Unicorns of Love when the team was part of the European league – was the standout performer, going 9/3/3 with Syndra. This was FlyQuest’s first ever win at a World Championship and a first win in the group stage for an NA team.

Both Team Liquid and Team SoloMid have got off to rocky 0-2 starts in Group A and Group C respectively, while FlyQuest now sits 1-1 in Group D after being beaten by tournament favourites Top Esports in its opening fixture.

POE beats his former team and @FlyQuest pick up the first win for the #LCS! pic.twitter.com/rgxvDSTmie

At last year’s Worlds, no LCS team managed to progress further than the group stage, sparking a lot of debate about the ability and strategy of teams in the region. With NA fans seeing nothing but defeat in the group stage those same debates began to rise to the surface yet again. However, FlyQuest has finally bucked the trend – for now.