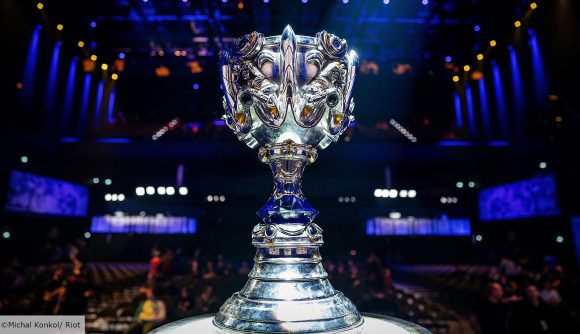 The groups for both the Play-in and group stage of League of Legends Worlds 2020 have been drawn, and there are some extremely tasty fixtures in the pipeline.

For the play-in stage, which kicks off on September 25, LPL fourth seed LGD Gaming will have the likes of PSG Talon and Unicorns of Love to deal with if it wants to join its Chinese counterparts in the group stage. The LEC’s fourth seed, MAD Lions, have been given arguably the tougher side of the draw with LCS third seed Team Liquid and Turkish champions SuperMassive eSports. Only four of the ten play-in teams will progress to the Worlds group stage. And boy is it looking stacked.

Group B is arguably looking like this year’s group of death as LCK top seed DAMWON Gaming, LPL second seed JD Gaming, and the first team to secure Worlds qualification Rogue, will all fight to progress alongside one of the play-in teams. As the only group without an LCS team, Group B will be where Team Liquid is placed if it makes it out of the play-ins.

Group D could also be considered a group of death, with Top Esports, DRX, and FlyQuest all awaiting one of the play-in teams. If MAD Lions qualifies from the play-ins, this group is where it will land.

Last year’s runners up and top seed from the LEC, G2, will have to get past Suning Esports and Machi Esports in Group A.

TSM will have to face Fnatic and Gen.G in Group C.

The play-ins commence on September 25 and wrap up on September 30. The group stage then kicks off three days later on October 3.