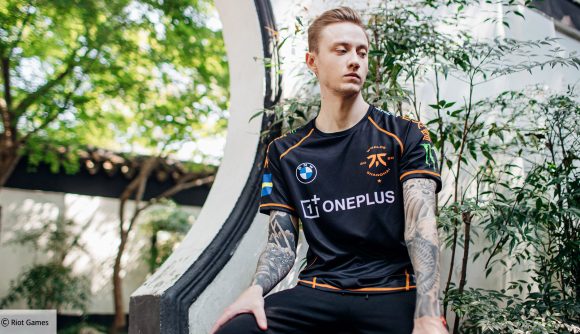 Fnatic has announced that Martin ‘Rekkles’ Larsson has left its League of Legends team after eight years in black and orange. The news ultimately confirms rumours and reports that had been orbiting the veteran carry since a new deal to extend his current contract beyond 2020 had not been confirmed.

The news was delivered via a Twitter post on Fnatic’s official account. “The only thing certain in life is change,” the post reads. “After an incredible career in the black and orange, Martin ‘Rekkles’ Larsson has decided to move on from Fnatic.”

The accompanying statement from CEO Sam Matthews on Fnatic’s website states that the team had made Rekkles “the largest offer Fnatic has ever made to a player – including a long-term plan for his future after his playing career,” stressing that the player’s final decision “was not based on financial gain.”

Tributes from Fnatic staff were posted to Twitter shortly after, including one from Matthews who refers to Rekkles as “a rock, a captain, a friend. He then goes on to say: “Thank you for your efforts, your focus, your hunger to win. You will always be Black and Orange in my heart.”

Meanwhile, Fnatic’s director of League of Legends Javier ‘dardo’ Zafro is looking to the future. “Obviously it’s sad to say goodbye to a player like Rekkles but now with or without him, we will keep fighting to win everything as Fnatic has historically always done,” he tweets.

Rekkles’s career at Fnatic has been hallmarked by consistent top-tier performances. Tumbling onto the EU LCS stage in 2014, the young rookie quickly made a name for himself, securing his first career pentakill on his fabled Vayne pick during the Summer Split that year. After returning from a brief switch to Alliance (and then Elements) in Summer 2015, Fnatic with Rekkles would go on to secure the first perfect split in the league’s history with an 18-0 record.

In terms of accolades, few Western players can boast what Rekkles has achieved: 26 first place tournament finishes, six Worlds appearances (including the 2018 final), one Mid-Season Invitational appearance, three EU LCS MVP awards, and four EU All-Pro first team awards. Indeed, wherever Rekkles ends up next, he will be sure to find even more success.

Tissues at the ready 😢

Fnatic later posted a short snippet from a YouTube video set to be released later this week, in which Rekkles can be seen showcasing his various Fnatic jerseys while sharing his thoughts on a future outside of the org he has so far dedicated his career to.

Fortunately, for European League of Legends fans, it seems we won’t have to wait long to find out where that future lies, as esportsmaniacos’ Pablo ‘Bloop’ Suárez has reported that a deal with G2 Esports for the Swede is already done and dusted. This would see Rekkles reunite with former teammate Rasmus ‘Caps’ Winther, following the departure of Luka ‘Perkz’ Perković from the team.