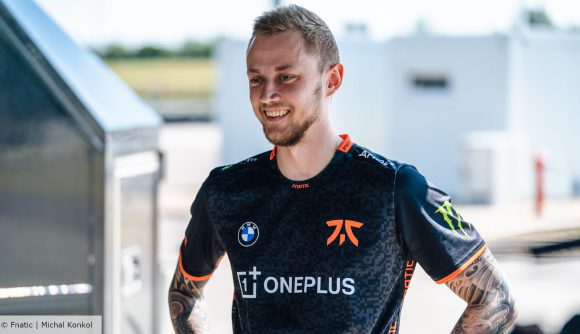 Fnatic is synonymous with the League of Legends European Championship. The organisation has a fierce reputation as one of the best European teams to grace the Summoner’s Rift, but in recent weeks, the team hasn’t necessarily lived up to expectations. Fnatic struggled to find its form in the regular season of the Summer Split, but the team turned up when it mattered – something Martin ‘Rekkles’ Larsson is proud of.

Despite having a 50% win-loss ratio in the regular season, the team has booked its place in the Summer Split finals, overcoming regular season top dogs Rogue and long-term rivals G2 Esports along the way. Confidence might have been a problem in the past, but not anymore.

“We managed to overcome first the pandemic, but also our identity crisis,” Rekkles tells The Loadout when asked about his proudest moment this season. “I feel that after we lost the Spring finals to G2, we had a thing in the team where we didn’t know what to do anymore.

“As you can see in the regular season of Summer we almost missed out on making playoffs, and potentially Worlds. We were in a really tough spot but it was really cool to see that, even in that moment, we could still figure out what we need to do next, which was to make Oskar ‘Selfmade’ Boderek the main guy of the team.

“That’s something I haven’t had happen in previous rosters. It was cool to see that during the toughest of times we could come together and come up with a good solution.”

And clearly that solution is working. Fnatic now has to wait and see which team it’ll be facing in the finals on Sunday (September 6), but Rekkles is going in confident knowing that his team has already beaten both G2 Esports and Rogue on the way up to the top.