Fnatic’s triumph over G2 Esports in the LEC Summer Playoffs this weekend was significant for a number of reasons. Firstly, it marked the end of G2’s dominant streak within the LEC, with the team missing out on Worlds for the first time in its history.

For Fnatic, on the other hand, it marked the culmination of the team’s efforts during a year in which it has struggled with inconsistency, saw its toplaner role swap into the jungle, brought a rookie into the top lane, and had its Worlds chances pretty much written off entirely.

For midlaner Yasin ‘Nisqy’ Dinçer, who feels that many doubted him when he signed for the team at the beginning of the year, this victory is all the sweeter.  “It feels really good because I felt like people kind of doubted me,” he tells The Loadout. “And they thought that I was so much worse when I was in NA. It feels good that I am good enough to make it back (to Worlds).”

Nisqy’s Twisted Fate proved incredibly effective throughout the series, accruing big leads in lane. In game four, the midlaner managed to hit his two-item spike a mere 13 minutes into the game. The pick was banned for most of Fnatic’s series against Misfits Gaming last week, though he somehow managed to get hold of it in four of the five games against G2.

When asked for his thoughts on the pick, Nisqy says that it feels great to play, especially when he’s part of a team that really knows how to get the best from what it provides. “There’s stuff they (the team) do, and how we communicate and play the game make it so good when I play this champ,” he says.

Twisted Fate is one of the many picks Nisqy has in his arsenal. This split has seen him pilot more aggressive champions like Akali, Lucian, and Sylas – a completely different style of champion to the likes of Azir and Seraphine we saw more commonly in Spring.

Although Nisqy has dipped into a different part of his champion pool to fit the current meta, he says that he ultimately picks champions that he feels he can perform on and will net his team a win, rather than picking meta for the sake of meta.

“I pick champions I like to play and my team likes,” he says. “There’s usually an aura around a champion when you do that, for example with Zdravets ‘Hylissang’ Galabov’s Pyke, Gabriël ‘Bwipo’ Rau’s Trundle, or Adam ‘Adam’ Maanane’s Darius. It just makes the game way easier.”

Adam himself has surprised Nisqy this split. The young Frenchman had a huge impact both in lane and out during the win over G2, and was awarded Player of the Series. “I’m really happy that he performed at the level he did,” Nisqy says. “I feel like he improved so much from the Misfits series. I actually didn’t expect him to be this good coming into Summer – no meme – but he’s been doing really well, and I’m happy that we picked him up.”

Watching players like Nisqy or Marek ‘Humanoid’ Brázda play, there’s always an aura around them that makes it feel like they’re having fun on the Rift. When asked how much he’s enjoyed playing League of Legends as part of Fnatic this year so far, Nisqy’s response was unsurprisingly positive.

“I’ve enjoyed it a lot to be honest,” he says. “Training new champions and making sure my champs are really on point keeps me motivated to prove to my team that I can make a champ look really OP where others can’t, or that I can play both sides of a matchup – It’s really mental-boosting, and it’s something I work for.” 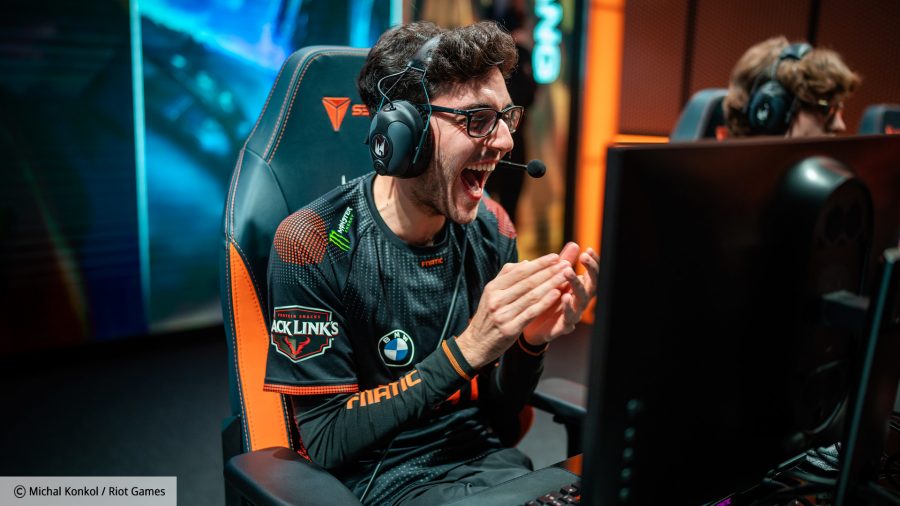 That positivity and grind to improve has certainly helped bring Nisqy and Fnatic to Worlds. Soon to head into the biggest competition on the LoL calendar, Nisqy is relishing the opportunity to get one back over the midlaners – including FunPlus Phoenix’s Kim ‘Doinb’ Tae-sang – who he had a hard time against on his last trip to the World Championship.

“I always thought I was good, but then gameplay wise, or teamplay wise, it was really terrible playing against LPL and LCK teams. But I feel like with this team it’s way easier to play, so I want to see how we will do against them. Doinb’s someone I’ve always respected, and I always look at his VODs to try and learn from him – so that’s someone I for sure want to play against.”

With the LEC’s own MAD Lions emulating the LPL style of play, Nisqy says that going up against the reigning LEC champion helps the team prepare stylistically for the Chinese sides.

“MAD take a lot of good fights and a lot of good risks,” Nisqy says, “and then they win the game off of that or their mid-game which is really good. And that’s what the LPL does really well, so for sure playing against MAD is sort of helping us prepare for LPL teams in a way.”

With Fnatic’s ticket to Worlds already booked, there’s just the small matter of the LEC Playoffs trophy to settle. Having nearly completed its run of the lower bracket gauntlet, only Rogue stands in the way of a finals matchup against MAD Lions on Sunday.