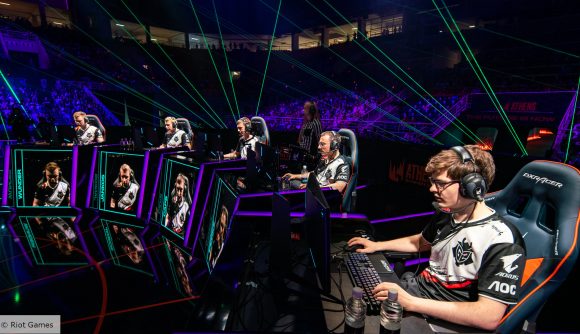 The LEC Spring Split gets underway today, so to celebrate Riot Games has revealed fans will be heading to Budapest, Hungary and Malmo, Sweden for the Spring and Summer Split finals.

The two best European teams will duke it out in the Spring Split finals in Budapest from April 25-April 26, which will be followed by the Summer Split in the Malmo Arena four months later between August 29-30.

It’s the first time a Riot Games League of Legends tournament will be hosted in Budapest and Alberto Guerrero, head of esports for Europe, is excited. He says in the press release: “Not only is budapest one of the most picturesque cities in the continent, it’s a vibrant centre for the growing esports community in Hungary and throughout Eastern Europe.”

Malmo, however, has played host to a number of esports tournaments already, including major DreamHack events.

“Malmo is a young and vibrant city and gaming is quickly becoming rooted in the backbone of our city,” Ann Nystrom, Malmo’s destination manager, says. “We are excited to host the LEC 2020 Summer together with Riot Games. It’s an important step for us in becoming the best gaming city in Europe.”