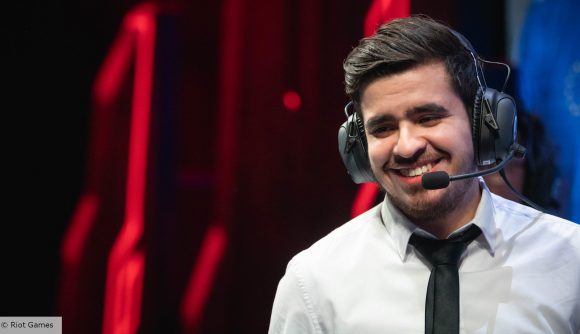 The last series in the League of Legends European Championship Summer Playoffs was one for the record books. Fnatic took down G2 Esports in a best-of-five for the first time in almost two years, demonstrating Fnatic’s growing confidence as a unit. However, although the loss was tough for G2, Fabian ‘GrabbZ’ Lohmann, says the better team won on the day.

“It became a clash of the styles of having farming jungle against Sett and I think we misplayed in some scenarios,” Grabbz tells The Loadout when asked about what lessons he took from the loss. “I think Alfonso ‘mithy’ Aguirre Rodríguez would say the same about his team in that we didn’t play perfect, so it’s just about getting cleaner about how we want to snowball or adding something to it.”

Given Marcin ‘Jankos’ Jankowski also admits that he and his G2 teammates haven’t been practicing as well as they could have been this season, some fans might argue that the team underestimated Fnatic. However, GrabbZ doesn’t think that’s the case.

“We for sure did not underestimate them,” he continues. “The double elimination bracket gave us a chance to say, be too relaxed, but against Fnatic that wasn’t the case. On the day, they were the better team and they deserved the win, but if we get to play them again I think that will change.”

G2 Esports will face Rogue in the last of the semi-finals on Saturday (September 5). If G2 emerges victorious, the team will face Fnatic once again in the finals the following day.