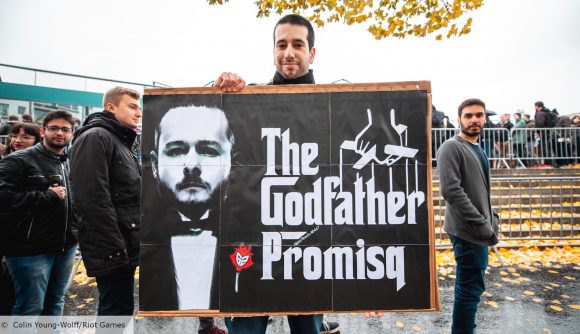 Astralis is looking for a clean slate in the League of Legends European Championship as it locks in its roster ahead of the 2021 season. All but one core player has been replaced on the roster, suggesting that Astralis is looking to redefine its style on the Summoner’s Rift.

Erlend ‘Nukeduck’ Holm’s services have been retained for the mid lane, but Matti ‘Whiteknight’ Sormunen, Nikolay ‘Zanzarah’ Akatov, Jesper ‘Jeskla’ Strømberg, and Hampus ‘promisq’ Abrahamsson have been called up to help lay the foundations for a new side. While it’ll take some time for the team to gel, Astralis is realistic with its goals for the Spring Split at least.

“Realistically, we will be in the middle of the pack in the first split, but if we are able to implement our way of working and maintain confidence in our abilities, we will be a contender for playoffs this simmer,” head coach Baltat ‘AoD’ Alin-Ciprian says in the press release.

“We will focus on the team aspects more than the individual side of things in the beginning, but our aim is to eventually combine the disciplined play with a more aggressive playstyle.”

This is technically the first League of Legends side to play under the Astralis banner after the organisation decided to call time on the Origen name earlier this year. And while it’s a relatively fresh roster, the players all have several years of competitive experience under their belts.

Regardless, Astralis’s management team have made it clear that the start of the year is all about development – so fans might want to temper their expectations for the Spring Split.