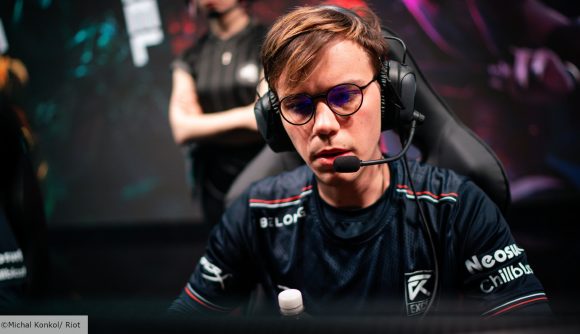 While European League of Legends fans have been grabbing popcorn in anticipation for the LEC playoffs, league officials, players, and journalists have been busy working out who the regular season’s star performers were in the Summer Split. Well, now we know, because the LEC has just announced which players have made it to the all-pro teams.

Although MAD Lions lost momentum towards the end of the split, its support Norman ‘Kaiser’ Kaiser and jungler Zhiqiang ‘Shad0w’ Zhao have both been named on the first team list with 123 and 92 points respectively. Rasmus ‘Caps’ Winther, G2’s superstar midlaner also joins the pair on the first team, with 118 points, following his consistent performance on the split this time around.

Origen’s Barney ‘Alphari’ Morris also made the list as the first team’s top laner with 89 points. While the inclusion of a player from the league’s worst team might come as a surprise for some, he did have the highest CS numbers across the board this season. In a similar fashion, Excel Esports’ Patrik ‘Patrik Jírů took the botlaner position for his exciting outplays and carries with 61 points.

It’s also been an exciting season for both Rogue and Schalke 04. Although both teams qualified for the playoffs in quite a dramatic fashion, their players only made the second and third place teams.

Here are the teams in full: