It has been a somewhat frustrating year for League of Legends European Championship teams. Long-time regional powerhouse Astralis (previously Origen) finds itself with a great deal of work to do following a disastrous Summer Split rooting the team to the bottom of the table. Meanwhile, towards the top of the ladder, MAD Lions offered more of a meow than a roar at LoL Worlds after crashing out of the play-ins.

Even the region’s two titans, Fnatic and G2, faltered in their international pursuits with both teams failing to reach the Worlds final. This marks the first time in three years Europe has not had a European side challenging for the Summoner’s Cup.

All in all, it’s clear that teams towards the top of the LEC standings are not quite translating their domestic prowess into international glory. As we move into the off-season, it will be intriguing to see how teams adapt to the challenges presented in what has been a difficult year.

To help you stay in the loop with all things LEC, we’ll be keeping you up-to-date with the latest LEC rosters, roster swaps, and rumours as we head towards the 2021 season. 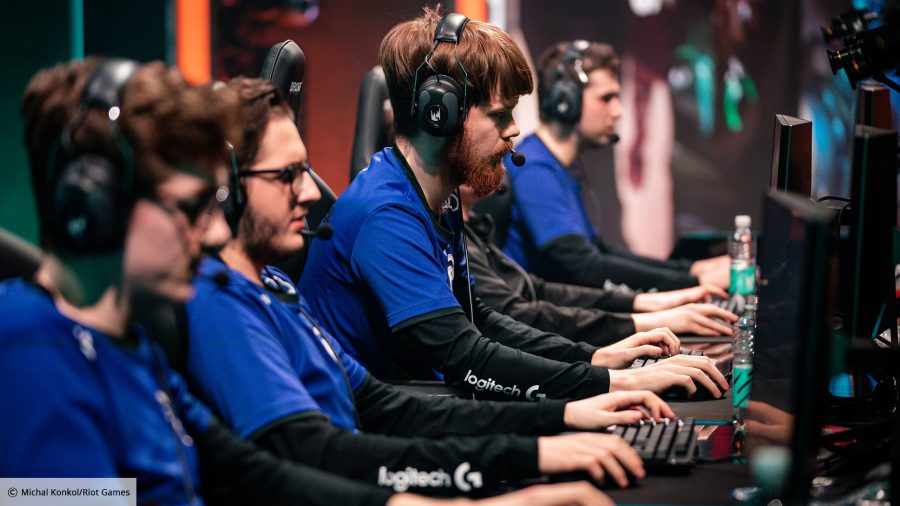 Though technically the new kid on the block, Astralis is not a stranger to the LEC. Previously operating as Origen, the team was merged into parent company Astralis Group’s branding at the end of the season. Once a dominant force in Europe, the newly-rebranded Astralis finds itself in a peculiar position. Following a solid third-place performance in the Spring Split, the team crumbled and dropped to the bottom of the table by the end of Summer Split.

Head coach André ‘Guilhoto’ Pereira Guilhoto leaving the team has led to the promotion of assistant coach Baltat ‘AoD’ Alin-Ciprian to the top job. Whether or not this is enough to wipe away the smear of the last split remains to be seen.

The majoity of the roster that closed out 2020 as Origen have now found new homes. Mitchell ‘Destiny’ Shaw and Andrei ‘Xerxe’ Dragomir have been picked up by Immortals in the LCS, while Barney ‘Alphari’ Morris also heads Stateside after joining Team Liquid.

Meanwhile, Elias ‘Upset’ Lipp has big shoes to fill after being signed by Fnatic as a replacement for Martin ‘Rekkles’ Larsson. 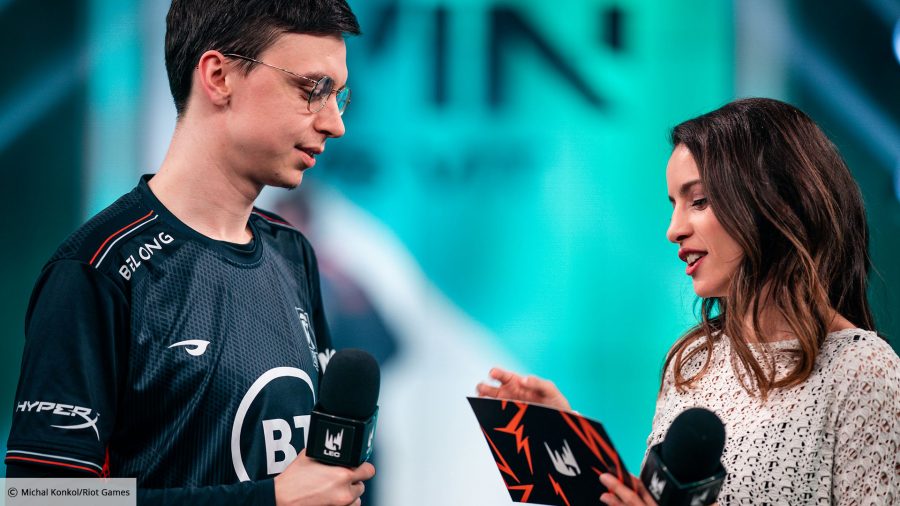 UK-based outfit Excel Esports has slowly but surely been climbing its way up the LEC ladder over the past couple of years. 2020 saw the team securing back-to-back seventh-place finishes in both the Spring and Summer Splits, narrowly missing out on playoff spots. However, it now looks as if Excel is escalating its plans to make it to the top of the ladder, as Joran ‘Special’ Scheffer moves to free agency.

Marc Robert ‘Caedrel’ Lamont’s retirement is a huge loss to the organisation, as his presence, communication, and expansive knowledge of the game were all major boons to the team. With Caedrel also leaving we are keen to see the style of mid lane/jungle pairing Excel replaces the outgoing duo with for its 2021 LEC roster. 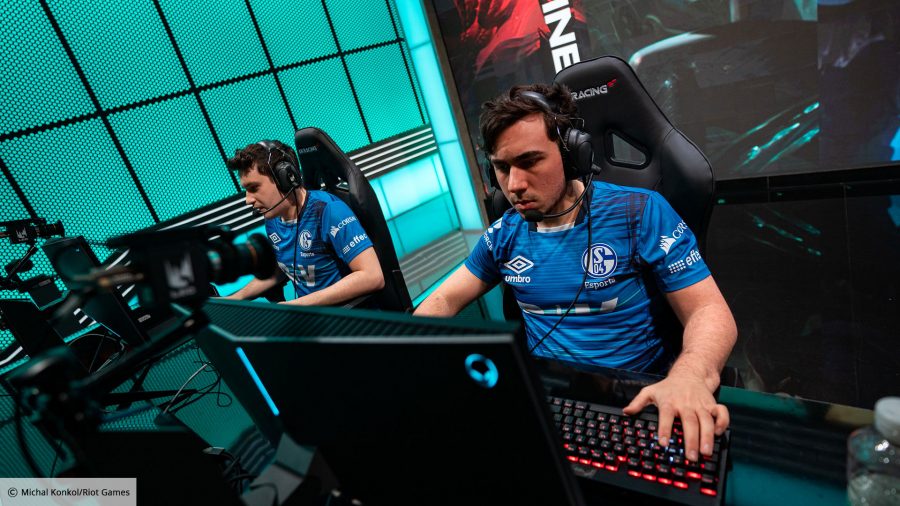 Schalke had already made a dramatic personnel change prior to the start of Summer Split’s second round robin with the reintroduction of Erberk ‘Gilius’ Demir. After a disastrous 0-6 start to the split, the return of ‘God Gilius’ helped spur on Schalke’s miracle run to playoffs. Defeat at the hands of MAD Lions in round 2 may have put an end to their LEC title challenge, but nonetheless there is a real belief in this Schalke squad now. 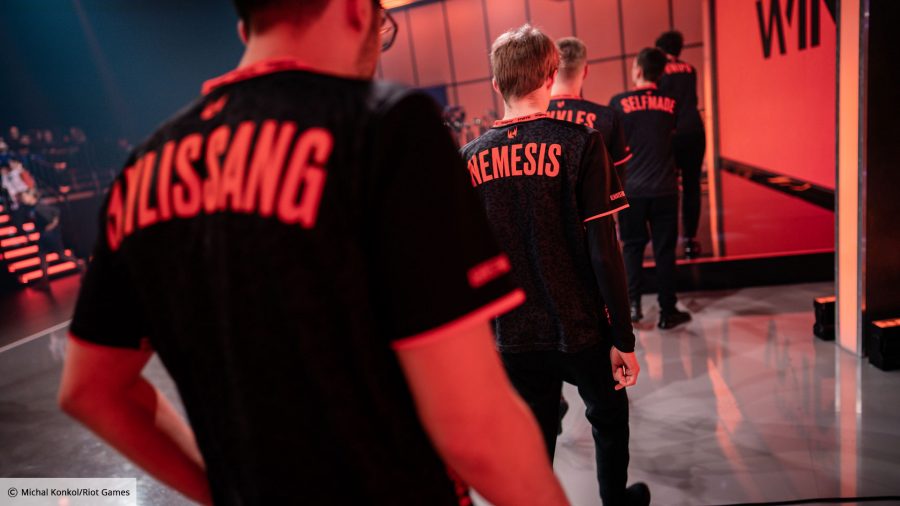 The G2 boogeyman has long-haunted Fnatic’s LEC aspirations, trumping the Season 1 world champions to the LEC title three consecutive splits in a row.

The hill Fnatic has to climb to topple G2 has got a lot steeper this season with its star player Martin ‘Rekkles’ Larsson joining its rivals. It has however brought in promising AD carry Elias ‘Upset’ Lipp from Astralis as a replacement and upgraded its mid lane with Yasin ‘Nisqy’ Dinçer from Cloud9.

The coaching staff has also taken on a new look, with Jakub ‘YamatoCannon’ Mebdi taking the reigns as head coach. 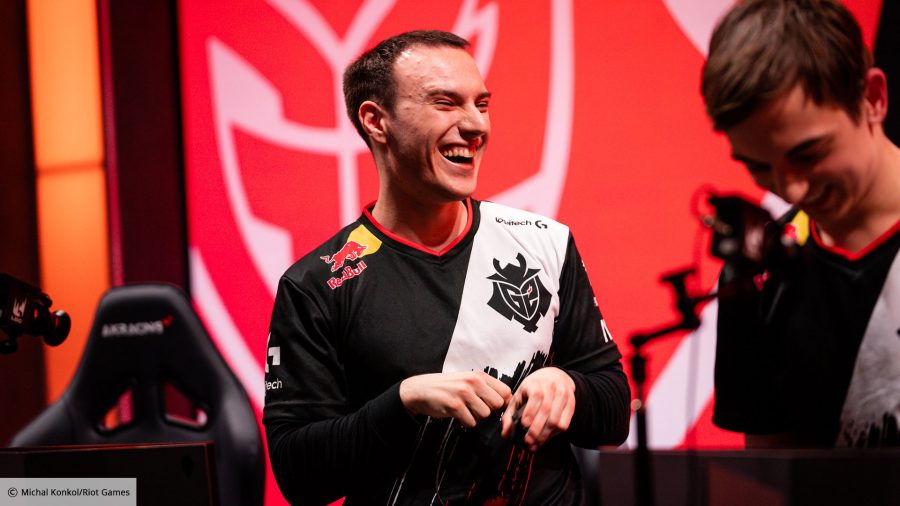 No longer the ‘new kings’ of Europe, G2 Esports has regularly dominated domestic competition even after Rasmus ‘Caps’ Winther and Luka ‘Perkz’ Perkovic (both primarily midlaners) briefly swapped roles for the 2020 Spring Split.

After this year’s bid to reach back-to-back Worlds finals fell flat, rumours that Perkz is looking to leave the org and return to the mid lane elsewhere began to surface. Those rumours turned into reality when Cloud9 bought out his contract to bring him to the LCS in one of League of Legends’ biggest ever transfers.

To replace Perkz, G2 has lured Martin ‘Rekkles’ Larsson away from its biggest rivals, Fnatic. 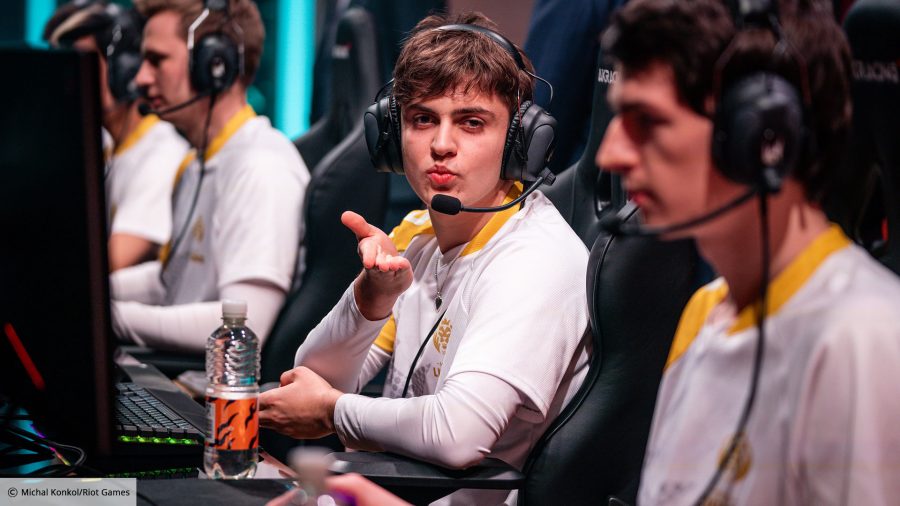 Regardless of the team’s lackluster Worlds showing, this is a roster filled with talent, especially AD carry Matyás ‘Carzzy Orság and support Norman ‘Kaiser’ Kaiser who both featured in the LEC’s Summer Split all-pro team. With coach Peter ‘Peter Dun’ Dun crossing the pond to LCS’s Evil Geniuses, James ‘Mac’ MacCormack now finds himself solely in charge of this pride of players. 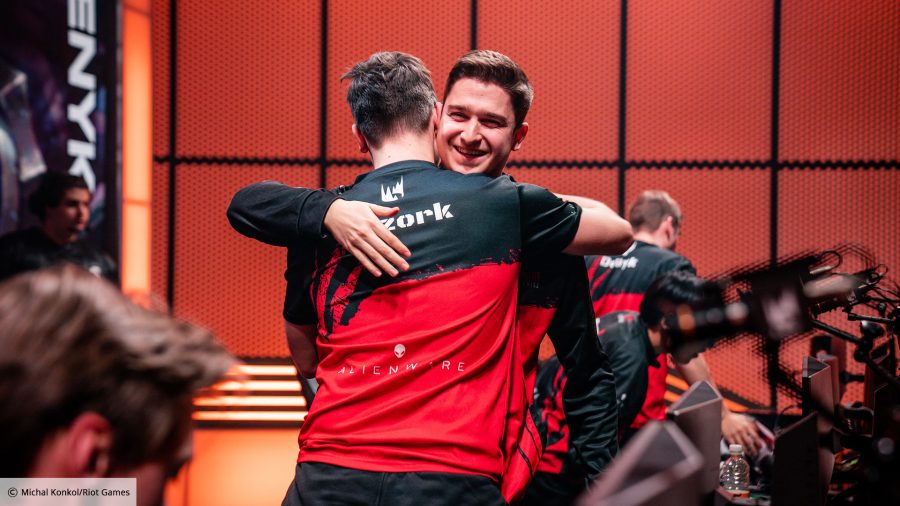 It has been three years since that five-game thriller between Misfits and Korea’s T1 (previously SKT) at Worlds 2017, and while both organisations have faced difficulties domestically since, it is the European outfit which continues to struggle having only reached the LEC playoffs twice since then.

Despite this, the addition of Kasper ‘Kobbe’ Kobberup at the start of summer ensures that there’s some experience in the roster. Like MAD Lions, Misfits also possess a real upcoming talent in Iván ‘Razork’ Martín Díaz, whose performances in the jungle saw him named the Spring 2020 ‘Rookie of the Split’.

Danny ‘Dan Dan’ Le Comte and Fabian ‘FEBIVEN’ Diepstraten’s departures from the team leaves Misfits with a few holes to plug during the offseason. 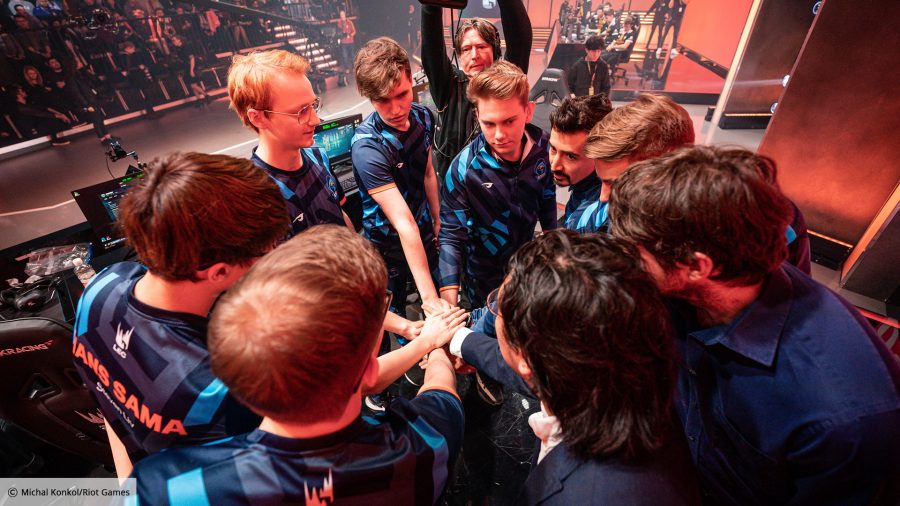 Rogue has gone from strength to strength over the course of the season, finishing the Summer Split’s regular season in first place with an impressive 13-5 record. The Worlds draw was not kind to Rogue, however, seeing the team placed in the same group as Chinese second seed JD Gaming and eventual champions DAMWON. Despite a valiant effort, Rogue’s first appearance at Worlds ended with a disappointing 1-5 record.

Despite a successful split, ROgue hasn’t been afraid to bring in some fresh blood to the roster. Andrei ‘Odoamne’ Pascu and Adrian ‘Trymbi’ Trybus have joined for 2021. 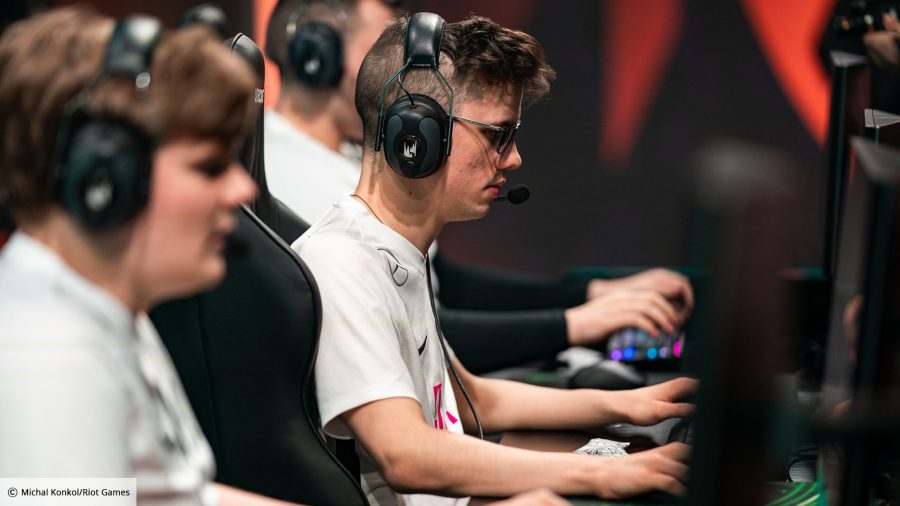 2020 has certainly been a wild ride for SK Gaming. A tumultuous Spring Split saw the team finish with a worse record than Astralis did in the summer. However, following Janix ‘Jenax’ Bartels’s swap to top alongside the shrewd signing of Dirk ‘ZaZee’ Mallner, SK managed a respectable fifth place finish in the Summer Split before falling to Schalke in the first round of playoffs.

Despite the improvements, there has been a big overhaul to SK’s roster, with only Jenax retaining a spot for 2021. 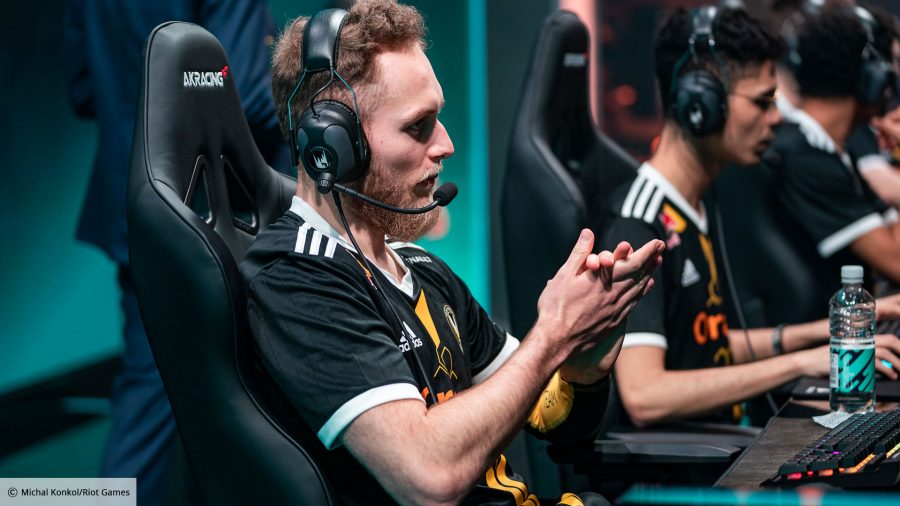 It has been a miserable year for Vitality fans. Following the example set by Rogue in Spring 2019, Vitality also found itself with a 2-16 record at the end of the 2020 Spring Split, finishing in tenth place. Between spring and summer the roster was changed dramatically, with Aljosa ‘Milica’ Kovandzic, Cantoursna ‘Nji’ An, and eventual Summer ‘Rookie of the Split’ Labros ‘Labrov’ Papoutsakis all recruited to turn the tides before it was too late. Despite achieving a much healthier 7-11 record, the team finished ninth in the Summer Split.

There could yet be a much bigger shakeup for Vitality, with LEC veteran Lucas ‘Cabochard’ Simon-Meslet and Markos ‘Comp’ Stamkopoulos both becoming free agents. Should Vitaliy lose its talisman in Cabochard, then Vitality will have the unenviable task of deciding between snagging a more experienced laner, or injecting more fresh blood into what is already a fairly young squad.

Who do you want to see on your favourite team? Are we due another EU exodus, or will we see even more prodigal EU midlaners enter the LEC? Stay tuned for even more 2021 LEC roster changes, news, and rumours here at The Loadout.