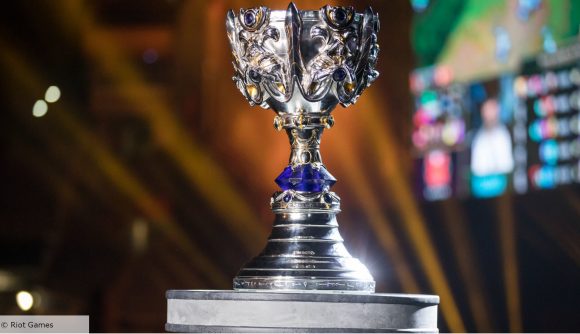 FlyQuest pulled off one of the big shocks of the League of Legends season, defeating Cloud9 in the LCS Summer Split playoffs to qualify for the World Championship for the first time in the history of the organisation.

FlyQuest secured the upset with a 3-1 victory, sweeping aside the much higher seeded Cloud9 at a canter. The result does not signal the end for Cloud9’s run just yet though, as the loser’s bracket offers a reprieve. Still, this defeat will be a bitter disappointment, especially as it only continues to expose Cloud9’s recent poor form. While the loser’s bracket offers them a second chance, it’s far from a done deal.

FlyQuest won the first game before Cloud9 squared things up in the second, but as FlyQuest breezed through the third and fourth to win the tie without really breaking a sweat. FlyQuest’s mid laner Tristan ‘PowerOfEvil’ Schrage, a big MVP candidate for the season, again put in a match winning performance.

Zach ‘Sneaky’ Scuderi had previously been a big part of Cloud9’s lineup, before stepping away in January to focus on full time streaming. Recently however, he has hinted that he’s looking to return. After this poor result – especially if Cloud9 don’t qualify through the losers bracket – Cloud9 may want him back sooner rather than later.

FlyQuest become the second team to qualify for Worlds, following European team Rogue. Much like FlyQuest, Rogue was not present at the 2019 Worlds, which was eventually won by FunPlus Phoenix. This years finals will be held in Shanghai, China, and will see FunPlus Phoenix looking to defend its crown on home turf. The tournament begins on September 25 and ends on October 31.

This is the first year qualification for Worlds from North America has been tied to the LCS Summer playoffs, and the new format has already thrown up quite a story.