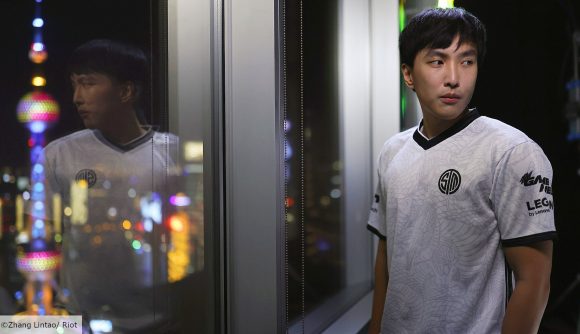 The professional League of Legends offseason hasn’t even officially started, and already reports and rumours have been flying all over the place. With the news that Team SoloMid icon Søren ‘Bjergsen’ Bjerg would be returning to pro play under a different banner surfacing last week, it could very well be fellow legendary player Peter ‘Doublelift’ Peng’s turn to come out of retirement.

According to sources close to esports journalist Travis Gafford, “Doublelift is exploring options for a possible return in 2022.” With that said, Gafford states “the return would be contingent on finding the right roster, and probably the right support.”

Doublelift is one of North America’s most decorated players, with eight LCS championships and five LCS All-Pro first team awards to his name among other accolades. Having played for Counter Logic Gaming, TSM, and Team Liquid, Doublelift has represented the majority of the region’s biggest organisations throughout his near-decade-long career.

Doublelift originally retired last year, leaving behind an immense domestic legacy. After taking a break from League earlier this year, he returned to grinding the LoL ranks, and has continued to maintain his place in Challenger since.

While it’s unclear where Doublelift will ultimately end up, what’s for certain is that the coming weeks will be an incredibly exciting time to follow the transfer market.