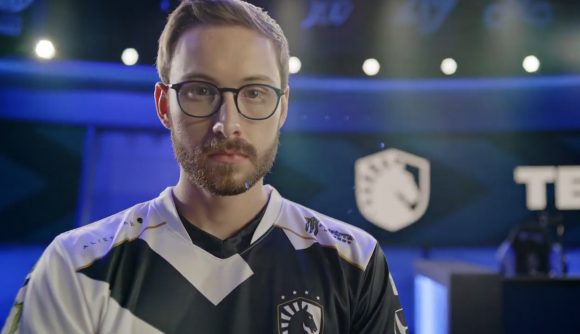 A leaked announcement video has all but confirmed that former Team SoloMid League of Legends icon Søren ‘Bjergsen’ Bjerg will be playing with Team Liquid for the 2022 LCS season. The news follows October’s announcement that the player would be parting ways with TSM after eight years with the North American giant.

“I think Team Liquid is really similar to how I am in a lot of ways,” Bjergsen states during the video, which you can watch below. “They really care about winning – winning is the number one priority – and I think they show a lot of respect for the craft of esports and League of Legends, which is something which really resonates with me.”

Having previously retired and taken up the head coach position for TSM last season, Bjergsen clearly retained his desire to compete at the highest level on the Rift. Bjergsen’s departure from TSM followed an eight-year, domestically-decorated stint with the organisation, making him one of the longest-serving players for a single team of all time.

For many LCS fans, the move can be equated to when fellow NA legend Peter ‘Doublelift’ Peng bid farewell to Counter Logic Gaming to move to TSM all the way back in 2015 – such is Bjergsen’s synonymy with the organisation. If confirmed, Bjergsen will now line up alongside LEC imports Gabriël ‘Bwipo’ Rau and Steven ‘Hans sama’ Liv, as well as returning squad members Lucas ‘Santorin’ Larsen and Jo ‘CoreJJ’ Yong-in.

Bjergsen welcome video is out from teamliquid

With this Team Liquid squad looking absolutely stacked on paper, there’ll surely be huge expectations from it heading into the 2022 LoL season. The biggest question mark will hang over Bjergsen’s head, as many fans will be eager to see if he’s still got what it takes to go toe-to-toe with the best midlaners in the world.