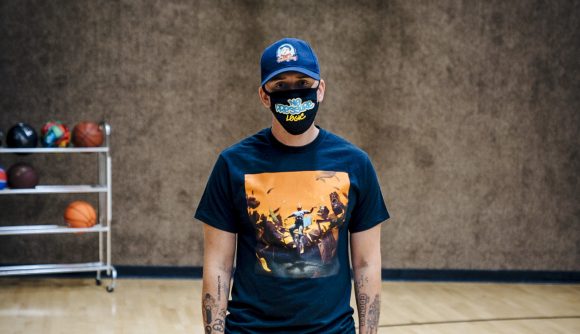 If you’re a fan of Logic, you’re going to want to tune in to the League of Legends Championship Series Summer Split finals on Sunday, September 6. The rapper and self-professed nerd, who recently signed a “seven figure” streaming deal with Twitch, is going to kick off the LCS show in style with a rare performance.

The two-time Emmy-nominated and multi-platinum artist recently retired from music,telling The Verge he “felt forced” to do certain things in the industry and that his quest to the top of the charts brought him to “the brink of insanity.”

However, Logic’s love of gaming has brought him back to the stage, where according to Riot Games, he’ll be performing a “unique rendition” of Perfect, the standout single from his recently released album No Pressure that features sounds from iconic videogames.

Given Logic’s love for games and his recent investment into teams like Chaos EC, helping Riot Games start the LCS Summer Finals with a bang seems like a pretty logical step.

We are excited to announce that @Logic301 will join us to kick off the 2020 #LCS Summer Finals with a performance during the Opening Ceremony, Presented by @Mastercard!

You can tune in to watch Logic’s performance when the opening ceremony gets underway at 1PM PT (4PM ET / 9PM BST) on Saturday.