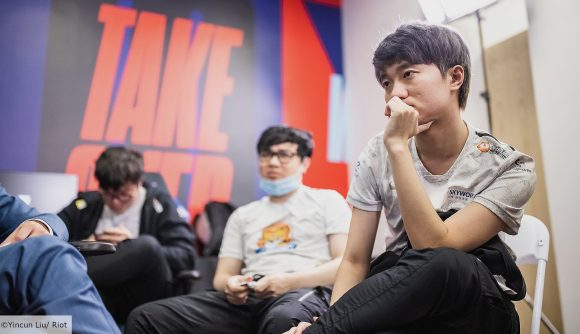 SwordArt’s two-year deal with reigning LCS champions TSM is worth $6 million, meaning his salary will be $3 million a year. This is speculated to be higher than the big salary being paid to Cloud9’s latest addition, Luka ‘Perkz’ Perkovic, who was recruited from LEC titans G2. However, there’s been no official confirmation on the value of Perkz’s deal.

SwordArt joins after parting ways with LPL team Suning, which reached the final of LoL Worlds 2020 only to be defeated by DAMWON Gaming. The support comes aboard less than 24 hours after TSM’s veteran AD carry, Yiliang ‘Doublelift’ Peng, announced his retirement from League of Legends esports, despite reports that he was requesting a top foreign support player, like SwordArt, to compete with in 2021. TSM also lost another veteran, Søren ‘Bjergsen’ Bjerg, who called time on his playing career but is now the team’s head coach.

Speaking to The Washington Post, TSM’s founder Andy ‘Reginald’ Dinh says that with SwordArt on the roster he hopes the other players on the team will elevate their game. He also says it would be a “travesty” if TSM didn’t reach at least the quarterfinals of Worlds 2020.

“I think [there is] a lot of pressure on the players SwordArt is going to be playing with,” Dinh says. “He’s a Worlds finalist and there’s a minimum level of expectation to be playing with a player of that caliber.

“I think the extremely large stretch goal is Worlds finals. I think it would be a travesty if we don’t get to the quarters. The expectations are really clear: our players better work their [asses] off.”

Six-time regional champion. 2020 Worlds finalist. We’ve faced him on the rift before, but now it’s time for him to lead us to victory.

As well as the signing of SwordArt, TSM has also scquired German midlaner Tristan ‘PowerOfEvil’ Schrage from FlyQuest in what has been a crazy offseason already for the organisation.

It is still yet to confirm its starting toplaner and AD carry for 2021, but promising young jungler Mingyi ‘Spica’ Lu will keep his spot on the roster for next season.