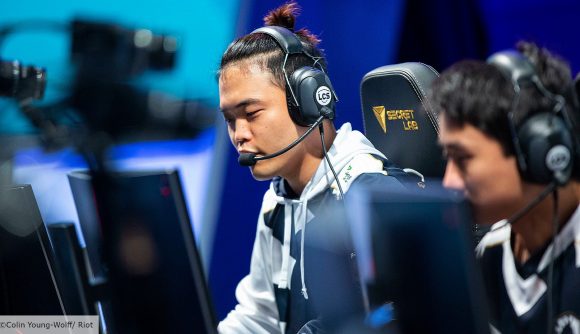 Despite its dominant start to the League of Legends Championship Series Summer Split, Cloud9 will have to settle for second after Team Liquid secured top spot in the final weekend of fixtures before Playoffs.

With Spring Split champions Cloud9 striding ahead after winning its first nine games of Summer Split, there were very few who believed the team wouldn’t be ending the regular season at the top of the pile. However, that 9-0 turned into a 13-5 record by the end of last weekend. Team Liquid punished Cloud9’s poor form with a resurgence of its own after its disastrous showing in the Spring and ended the Summer with 15 wins and just three defeats.

At the other end of the table, Counter Logic Gaming and Immortals finished in the bottom two places and failed to make Playoffs. CLG’s fate went down to the wire with a tiebreaker for a final chance to reach Playoffs with Dignitas, but the latter came out on top to grab the last spot.

The amount of growth we had as a team this split has been tremendous. Thanks for sticking by us through our highs and lows. See you in playoffs. #LETSGOLIQUID

All eight LCS Playoffs teams will now thrash it out to bag one of the three spots on offer to go to the World Championship next month in Shanghai. The top two will head straight to the group stages, while the third-placed team will enter at the Play-Ins stage.

There’s a quick turnaround to get the LCS Summer Playoffs underway, with the first match between Team SoloMid and Golden Guardians being played this Thursday, August 13.