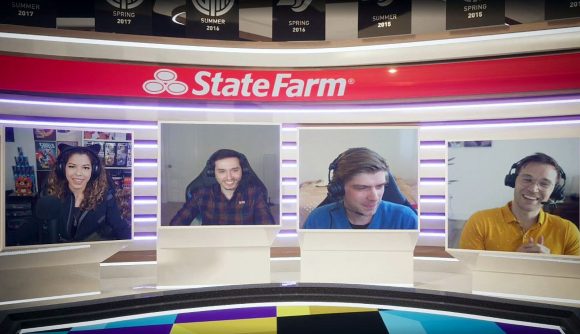 While the opening week of the League of Legends Championship Series Summer Split was watched by hundreds of thousands of LoL esports fans, one of the big talking points in recent days has been the quality and creative direction of the broadcast.

The LCS production team has come under substantial criticism this week, despite the team still being restricted to running and hosting the broadcast remotely, unlike other leagues like the LEC which has seen casters, hosts, and production crew return to its Berlin studio. A number of prominent names in esports, such as former League of Legends and Overwatch caster Chris ‘MonteCristo’ Mykles, vented their disappointment with the LCS broadcast, with main gripes including technical bugs and a lack of creative direction – especially so for the Friday Night League broadcast.

Now the LCS’ commissioner, Chris Greeley, and its executive producer, Dave Stewart, have penned a blog post addressing fans’ criticism and concerns, admitting that the team has “missed the mark.”

“We were excited to push past the challenges of working in an entirely cloud-based and remote workflow, and launch a series of broadcast updates through a mix of technology and new segments to better serve our fans,” the blog post reads. “This included introducing Friday Night League – a new night with a distinct feel, a revised HUD, and the LCS DOME. That said, we recognize that we missed the mark on what you expect from the LCS broadcast, from both a creative cohesion and technical POV.”

The post goes on to outline how the team will look to iron out technical issues, make changes to the “jarring” visual style of the Friday Night League broadcast, and will improve the HUD for when games are being played.

It also addresses the inclusion of popular content creator SushiDragon, whose impressive, psychedelic dance routines and skits were used a number of times throughout the broadcast. SushiDragon was brought in after fans enjoyed his LCS Spring Split afterparty stream, but many thought his multiple segments in last week’s coverage were forced and out of place.

It is worth noting that week one was the most watched week of Summer Split action since 2016 and had a peak concurrent viewership of well over 300,000, according to stats from Esports Charts Pro.

While there were multiple issues with the LCS coverage, it is super encouraging to see the team acknowledge the concerns of fans and other experts in the industry. Hopefully this week’s round of fixtures, which kicks off with Counter Logic Gaming playing Golden Guardians later today, will see some improvements.