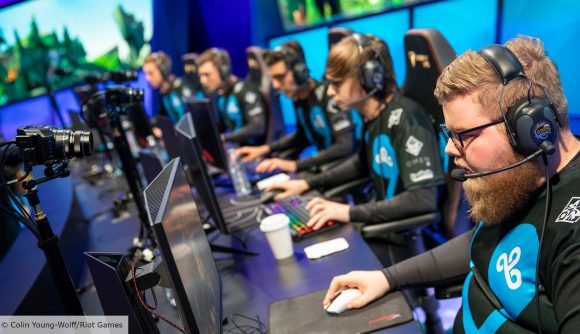 An anonymous poll of League of Legends players in the LCS has thrown up some interesting and rather divisive results on topics such as roles, EU vs NA, and… dating?

With the LCS kicking off today, January 24, the league has compiled the results of a poll of 86 of its first team and Academy players. One of the more personal questions in the survey asked if being a professional League of Legends player has helped with getting dates. While 40% of players claimed it didn’t and 7% were unsure, over half of those asked (52%) said that it did in fact improve their dating life; a total of 45 pro players.

Other questions in the survey covered the very controversial topic of the importance of specific roles in League of Legends. When asked which role was “the least impactful in professional play,” an overwhelming majority of pros (60.5%) voted for top lane. When asked the opposite question, the result was not as conclusive, with 43% saying mid lane was the most impactful while 40.7% believed it was jungle.

Despite there being a consensus that top is pretty irrelevant, one pro was quoted as saying: “Top doesn’t matter until you’re against Kang ‘TheShy’ Seung-lok, then it really matters.”

Potentially the most divisive question of them all, however, came when players were asked which region was the best out of North America or Europe. Incredibly, only 34.9% – that’s just thirty of the pros questioned in the survey – said that NA was the best.

The surprising result could have something to do with the influx of European imports during the off-season which has seen a number of EU players land spots on LCS teams.

It also seems that most LCS players are hell-bent on dethroning Team Liquid this season, with over half of those surveyed saying they would rather win the LCS than get out of their group at Worlds.