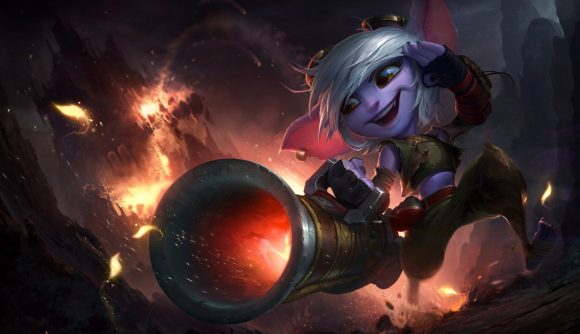 North American League of Legends side No Org has triumphed over LCS organisation Cloud9’s academy team to win the 2021 LCS Spring Proving Grounds. The series, which ended 3-1, sees No Org become the inaugural Proving Ground champion after the format was introduced this season.

No Org initially secured its place in the Proving Grounds through impressive first place finishes in both the Bloody Invitational Gaming League Spring Playoffs, as well as the 2021 Spring Unified Grand Prix. Cloud9 Academy, meanwhile, came into the tournament as the hot favourites, having dominated the LCS Academy league over the past several splits. Additionally, Cloud9 Academy handed No Org its only series defeat in the fifth round of the tournament.

However, after handing 100 Thieves Academy a swift 3-0 defeat in the lower bracket, a rematch in the final was on. Botlaner Ross ‘Value’ Luppino punctuated No Org’s game one victory with a pentakill on Tristana during the game-ending dragon fight. Cloud9 struck back in game two, though this did not cause No Org to break stride. Two more victories for the amateur side closed out the series.

No Org’s roster, which features a mixture of LCS veterans and total rookies, was one of several amateur teams competing in the tournament. The likes of Omran ‘V1per’ Shoura, Andy ‘AnDa’ Hoang, and Terry ‘Big’ Chuong are all familiar faces, having represented LCS organisations past and present such as FlyQuest, 100 Thieves, Optic Gaming, and Echo Fox.

No Org take the #LCS Proving Grounds, Powered by @Verizon, over @Cloud9 Academy by a score of 3-1. pic.twitter.com/qMhKV7YQxT

Midlaner Aidan ‘5fire’ Reckamp, meanwhile, featured in both 2018 and 2019’s North America Scouting Grounds events. Botlaner Ross ‘Value’ Luppino – who came through Maryville University’s esports setup, much in the same vein as current Golden Guardians players Aiden ‘Niles’ Tidwell and Ethan ‘Iconic’ Wilkinson did – rounded out the squad. All five players had represented ANEW Esports in the BIG League, but were left without an organisation after it disbanded in January.

Having taken the lion’s share of the tournament’s $100,000 prize pool, alongside bragging rights, No Org now sits as the team to beat in Tier 2 NA League of Legends.