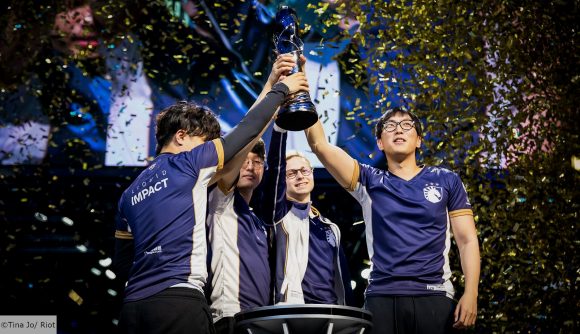 Riot has announced a brand new schedule for LCS action during the 2020 split that will see three days of action a week, plus a dedicated day for Academy teams.

The new schedule will see Fridays play host to the Academy Rush, in which multiple LCS Academy matches will be played simultaneously. This is then followed by one featured Academy match. Saturdays and Sundays will see four main LCS games played on each day, with each broadcast also featuring one full length, in-studio Academy match. Mondays finish the new schedule and become the main marquee night for North American LoL. Three Academy games will be shown which will be followed by the all new ‘Monday Night League’ broadcast, which will present two big LCS matchups.

The change in schedule not only spreads out the action across more days but it also aims to bring more attention and air time to the emerging talent in the LCS’ academies. The new Monday Night League event also sees LoL take inspiration from traditional sports, with LCS commissioner Chris Deeley telling Dot Esports that Riot observed “the way Monday Night Football changed the NFL” and wanted to do something similar for League of Legends in North America. 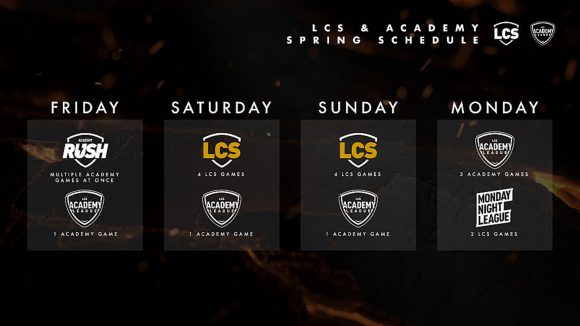 One of the biggest concerns stemming from the offseason is that North American teams have relied too heavily on imports and haven’t delved into homegrown Academy talent to bring into starting rosters. This new schedule will hopefully shine more light on Academy players and give them motivation to try and break into starting rosters.

The first week of the 2020 LCS Spring Split kicks off on January 25.