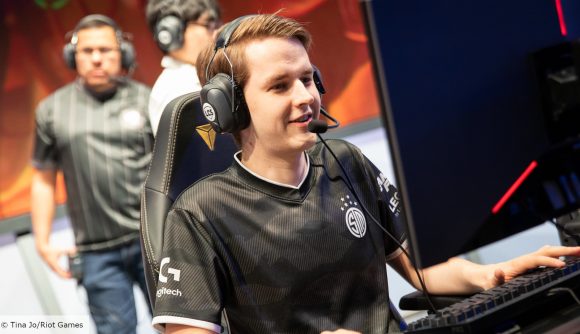 Team SoloMid informed Kasper ‘Kobbe’ Kobberup that they were thinking of replacing him with Yiliang ‘Doublelift’ Peng towards the end of the Spring Split, but the process of being benched still shocked the League of Legends botlaner, according to a new interview.

The Dane, who was transferred to League of Legends European Championship team Misfits last month following TSM’s fifth place finish, spoke at lengths to LoL Esports about his feelings about the controversial trade from TSM, Doublelift, and his return to Europe for the upcoming Summer Split.

“I was informed pretty early on after the Spring Split that there was a possibility for the Doublelift trade,” Kobbe tells LoL Esports. “I was pretty shocked, but maybe it’s what they needed, so I just had to accept the fact there’s nothing I could do about it.

Regardless of the heads up TSM gave Kobbe, the news still shocked him to the core: “I was pretty depressed honestly. I was all alone in a foreign continent away from any of my friends, family, or just about anything I know, while I had just lost my job in the middle of a world crisis. The only reason I came to North America was to be on a top team, so if I couldn’t do that, I would just return to Europe.”

However, Kobbe was lucky. Misfits came calling and the botlaner jumped at the opportunity. With a renewed outlook only one can have after being benched by an organisation you trusted, Kobbe is looking forward to making an impact back in Europe and the LEC.

The team has an underdog status this time around, and with more Worlds seeds on offer this year due to the cancellation of the Mid-Season Invitational, there’s more than pride on the line for the Danish botlaner.