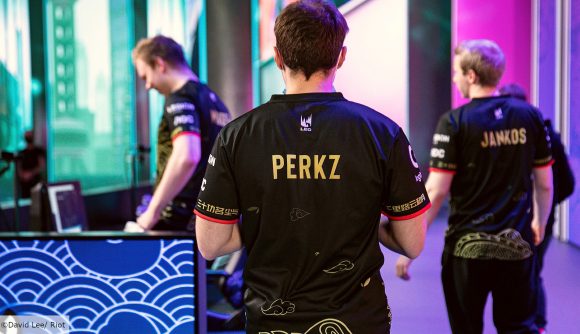 Team owners and management in the League of Legends Championship Series appear to be pushing for changes to the league’s import restrictions, which currently prohibit LCS teams having more than two non-resident players on a roster.

Reporting from Travis Gafford this week, in which he quizzes representatives from each of the ten LCS franchises about the import rule, shows that discussions are definitely happening behind the scenes with Riot about changing the restrictions in some form. This ranges from some teams wanting some modifications to the rules, while some – like Cloud9’s founder and CEO Jack Etienne – would like to see it removed entirely. This would in theory allow NA teams to field five players from other regions on their roster with no homegrown or NA resident talent.

The answers from all ten LCS teams can be found on Gafford’s Twitter and show each organisation’s stance on the issue.

Aside from team owners, the League of Legends community has been locked in debate over whether lifting import restrictions will actually harm or help NA.

Worth noting that many also pointed to past, present, or future support for North American talent development in their answer.

On one side of the coin, lifting restrictions could be devastating for talent native to North America, who already have a hard time with things thanks to a less than ideal competitive infrastructure in the region.

On the other, allowing more players from elsewhere to play in the league – that are potentially of a higher level than the domestic talent coming through the ranks – could push NA further towards the international success that has alluded it for some time.

There are also concerns that giving LCS franchises unlimited access to the world’s talent pool with their well-lined pockets could be devastating for other leagues in Riot’s competitive ecosystem, as young talent may be swayed to head to North America by lucrative contracts.

It’s a complicated and tricky issue, but with all ten LCS teams clearly indicating that the import rule is a main factor in the league’s development, some form of change in the near future is extremely likely.