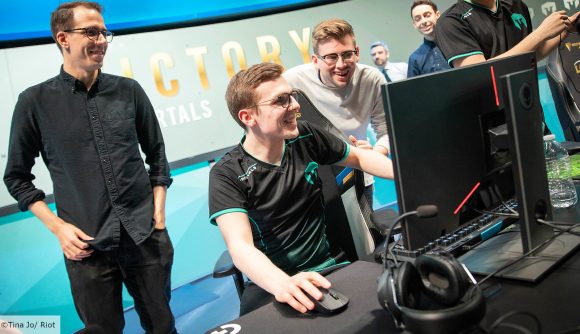 LCS team Immortals has sacked its general manager and head coach after a disastrous 0-4 start to the Summer Split.

Immortals – which is one of two teams to have not recorded a win so far along with Dignitas – announced on June 25 that general manager Keaton ‘Keaton’ Cryer and head coach Thomas ‘Zaboutine’ Si-Hassen would be “parting ways” with the organisation. As well as the disappointing start to Summer Split, Immortals also underperformed in the Spring, finishing outside of the playoff places with an 8-10 record.

Following Immortals announcement, Keaton tweeted that we would now be taking an “indefinite break” from the competitive LoL scene to focus on his mental health and spend time with his fiancee. Zaboutine also reacted on Twitter, saying [translated from French]: “I don’t think this is the time to make speeches, confessions or conclusions. I think the only thing that is important now is to thank all the people who have believed in me, my ideas or my projects. Thank you from the heart.”

In order to change the team’s fortunes after the Spring Split, Immortals made the radical choice of benching its star player, jungler Jake ‘Xmithie’ Puchero, along with support Nickolas ‘Hakuho’ Surgent. It was a move that caused much surprise in the LCS community, and a gamble that in the end didn’t pay off.

Both Xmithie – who has six LCS titles to his name – and Hakuho have are yet to play for the main roster this split, but they could now see themselves promoted to the starting lineup once again with the change of management and coaching staff.