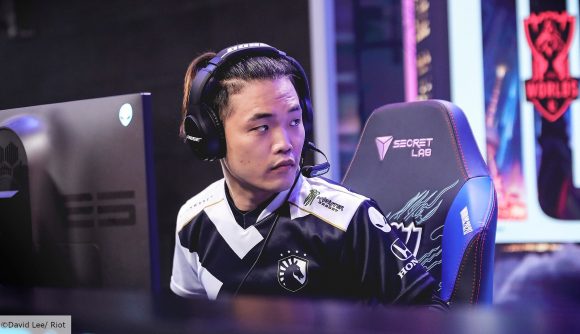 After losing toplaner Heo ‘Huni’ Seung-hoon to Team SoloMid this week, Evil Geniuses has locked in ex-Team Liquid star Jung ‘Impact’ Eon-yeong as his replacement for the 2021 LCS season.

The 25-year-old, who is a former world champion after winning the 2013 League of Legends World Championships with SK Telecom T1, departed Team Liquid this offseason after 3 years of service. Impact has a quartet of LCS titles to his name after helping Team Liquid win four splits on the bounce between Spring 2018 and Summer 2019. The South Korean will now join his fifth LCS team after also representing Team Impulse, NRG, and Cloud9 previously.

With a strong-looking lineup and a highly-regarded coach at the helm, Evil Geniuses is looking extremely promising heading into 2021.

The plan is coming together. We’ve added @Impact to our EVIL plan. Join us in welcoming him to the team.#LIVEEVIL | #LCS pic.twitter.com/tPOTTVMveE

The organisation will be looking to pressure the likes of Cloud9, TSM, and Team Liquid at the top of the LCS. Evil Geniuses finished an impressive third in the 2020 Spring Split but fell short at the Summer Playoffs, crashing out in round two of the loser’s bracket to Cloud9.

To keep up with all the roster movements in the 2021 offseason, check out our LCS transfers tracker.