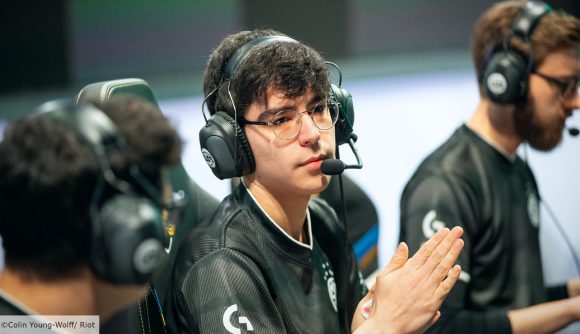 LCS team Dignitas has acquired Josh ‘Dardoch’ Hartnett from Team SoloMid ahead of the Summer Split, despite many thinking he may struggle to find a place on a main LCS roster.

Dardoch was recently the subject of a conflict of interest debate surrounding TSM after his name was overheard in a conversation involving the team’s president, Leena Xu, in the background of a livestream from her boyfriend and new TSM signing Yilliang ‘Doublelift’ Peng. Xu was criticised – and later apologised – for allowing the supposedly private conversation to be heard, which involved her saying that “no one wants to pick up Dardoch.” Despite this, Dardoch has now landed himself a spot in the Dignitas team, who in this year’s Spring Split finished just outside of the Playoff spots after a sixth place tiebreaker defeat to Golden Guardians.

Dardoch also becomes the third jungler to have left TSM for Dignitas since 2018, following in the footsteps of Jonathan ‘Grig’ Armao (who currently plays for Team Liquid’s Academy team) and Matthew ‘Akaadian’ Higginbotham, who is still at Dignitas but has most recently played on the organisations Academy roster.

We’re powering up for the Summer Split.

Despite leaving on less than ideal terms, TSM thanked Dardoch for the “hard work and passion” he brought to the team.

It is currently unclear whether TSM will look to sign a replacement for Dardoch before the Summer Split kicks off on June 12 or whether Academy jungler Mingyi ‘Spica’ Lu will be promoted to the main roster.