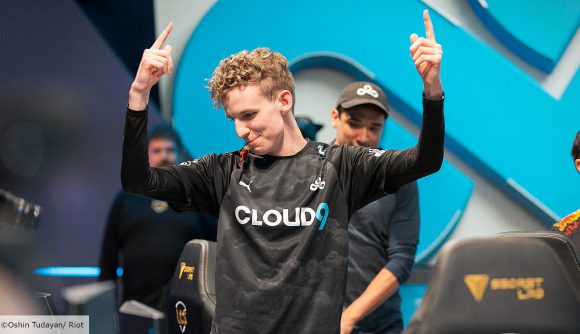 Cloud9 has dropped toplaner Eric ‘Licorice’ Ritchie from its League of Legends team, despite stating last month its 2020 roster would be sticking together for the 2021 season.

Although it missed out on a spot at LoL Worlds, Cloud9 impressed in the LCS, winning the Spring Split and finishing second in the Summer Split’s regular season. To honour its strong performances, Cloud9 announced on September 4 that all five players would keep their places on the starting roster. However, since that announcement, Riot has shut down the Oceanic Pro League and made the Oceania region part of the LCS’ catchment area. As a result, talent from Australia and New Zealand won’t take up import slots on LCS rosters.

ESPN reports that the merging of Oceania and NA paves the way for promising academy toplaner Ibrahim ‘Fudge’ Allami to be promoted to the starting roster, while still keeping its two current import players – Yasin ‘Nisqy’ Dinçer and Jesper ‘Zven’ Svenningsen – in the team.

Following ESPN’s reports, Licorice officially confirmed on Twitter that he would be leaving Cloud9. The Canadian says he feels “proud” of his achievements and that “changing teams is part of being a pro.”

Once C9, always C9. Here’s to the memories. 💙 pic.twitter.com/n8cT8CgEmk

While Licorice has served Cloud9 for three seasons, it appears the team is jumping at the opportunity to promote youngster Fudge at his expense. Licorice will be made available for buyout once the free agency period starts on November 16.