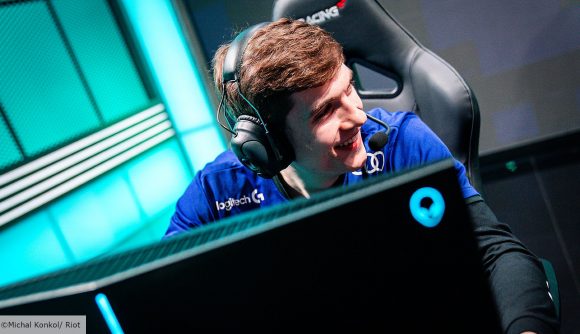 According to ESPN’s Jacob Wolf, Alphari and Team Liquid are close to agreeing a multi-year deal which will see the 21-year-old earn upwards of one million dollars a year. While Astralis, which competed last year under the banner of Origen prior to an organisation-wide rebrand, finished dead last in the LEC Summer Split, Alphari was the team’s stand out player. The Brit’s talent on the Rift was recognised and was named in both the Spring and Summer All-Pro team.

If Alphari’s rumoured transfer goes ahead, it will cause another domino to fall somewhere on the Team Liquid roster. Despite being from South Korea, Impact has earned resident status and as a result does not take up one of the two permitted import slots. Replacing him with Alphari, who is an import, would mean one of support Jo ‘CoreJJ’ Yong-in or Mads ‘Broxah’ Brock-Pedersen would have to go.

However, CoreJJ is still contracted through 2021, while Broxah is poised to become a free agent when the window opens next month. With all signs pointing at Broxah leaving the team, FlyQuest’s Lucas ‘Santorin’ Larsen has emerged as a main target for replacing him, according to Wolf.

ESPN also reports that while Team Liquid is now the frontrunner to sign Alphari, the toplaner has also been in negotiations with European teams Fnatic and Rogue.

If Alphari does pen a deal with Team Liquid, he will be the first British player to play in the LCS for over five years, according to historic roster information from Liquipedia.

Team Liquid had a turbulent 2020. The Spring Split got off to a bad start as Broxah’s visa problems put a strain on the team. But despite bouncing back in the Summer Split, in which it finished third, the team failed to make it past the group stage of Worlds for the third year in a row.

While negotiations appear to be in the final stages, no signings can be officially made until the free agency window opens on November 16.