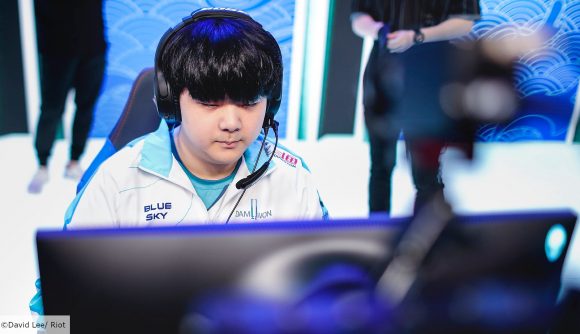 Esports organisation DWG KIA has announced that it will be deleting its Twitter account. The news follows a reported hacking of the account, resulting in a piece of adult content being liked by it. The incident occured just hours after DWG KIA’s League of Legends LCK Challengers League squad fell to KT Rolster’s own CL lineup.

In a statement translated by Inven Global, DWG KIA CEO You-young Lee outlines the series of events which transpired, as well as the org’s next steps. Twitter screenshots are provided, showing that there had been suspicious logins around the time of the incident. The incident was then reported to the police, with the org also putting in a request to Twitter itself to trace the perpetrator’s IP address. “As much as we acknowledge the seriousness of this incident, we are all doing our best working all night to resolve this situation,” Lee stresses.

The statement also mentions that DWG KIA will be seeking legal repercussions against those who have made posts “ridiculing” the team in order to “protect” it. Furthermore, when the matter has been resolved, the team’s Twitter account will be deleted altogether. “We will be paying closer attention to team security management including our social media accounts,” Lee says, though it is uncertain if this means the account will make a return once security has been addressed.

“We’ll do our best to resolve this incident so that the players and fans wouldn’t be hurt anymore and to regain DWG KIA’s reputation,” Lee affirms. The original untranslated statement can be found below.

It has been a difficult week for DWG KIA. Alongside its CL team loss, the organisation’s main LoL squad dropped a series in the LCK for the first time since July 2020 to Fredit BRION.