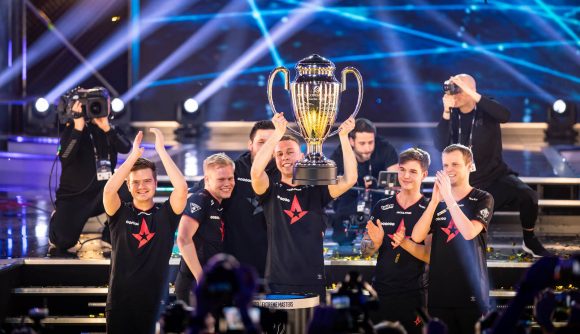 Intel Extreme Masters has updated its rulebook ahead of IEM Katowice next year, and it looks like Vertigo is replacing Cache in the competitive map pool. The rulebook, which dictates what players can and can’t do at the tournament, received several updates this morning.

Because of this addition, however, intentional suicides have also been banned by Intel and ESL. Players aren’t allowed to use the /kill command or deny kills for the opposing team by jumping off the map on Vertigo. Failing a run jump is  not counted as part of this rule.

A change to the veto process has also been made to ensure players veto maps in good time before the match, and to ensure that those vetoes aren’t made public until ESL has announced them.

We have updated the #IEM Rulebook for season 14 ahead of Katowice 2020. Read on to find out what has changed:https://t.co/JcYjWUPzhP

Players who join the wrong team at the start of the game will be slapped with a minor penalty point, and any warnings issued to coaches for breaching the excessive communication rule will be carried throughout the tournament now, rather than through a single game. Coaches are only allowed to talk or communicate to the players during tactical pauses or at half time, and if that is breached, a coach will be ejected on the second infringement.

However, any coaches known to regularly breach this rule will be given a preemptive warning, and ejected on the first offence.

Other rule changes include punishment for damaging rooms, furniture, or equipment, and ban guidelines for serious offences such as match-fixing.