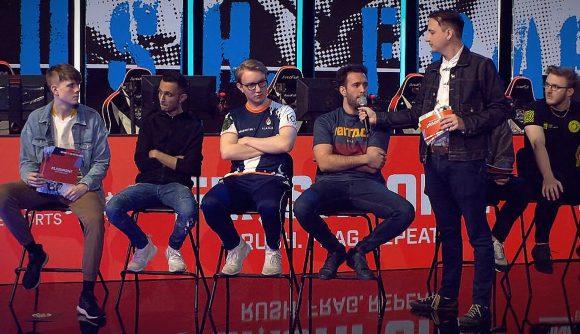 The groups for the inaugural season of Flashpoint, the latest addition to the professional Counter-Strike: Global Offensive calendar, have been decided.

Worked out during a livestream on March 12, the twelve teams were broken up into three groups during an hour-long live show. Mad Lions, Gen.G, and FunPlus Phoenix were the top three seeds, thus giving them the honour of picking the first teams to join them in each of their respective groups. Mad Lions chose Orgless, FunPlus selected Chaos, and Gen.G picked Envy, and these choices then got to pick the third teams in each group, and so on.

Then, the last selected teams had the option to nominate swaps that the top seeds could veto, adding a wildcard element to the finalised groups. Naturally, having nominees from each organisation on-stage for these proceedings led to a lot of back-and-forth and trash talk, particularly among players that were ex-teammates. That said, the general consensus was excitement to get playing and see who gets to be the first Flashpoint champion.

The starting match-ups for the three groups is as follows:

Some of the competitors didn’t mince words when given a chance to begin psyching out their opponents, like Lucas iBubzkji’ Andersen of Mad Lions here.

The first round of Flashpoint is set to take place today, March 13, from the FACEIT Studios in Los Angeles.