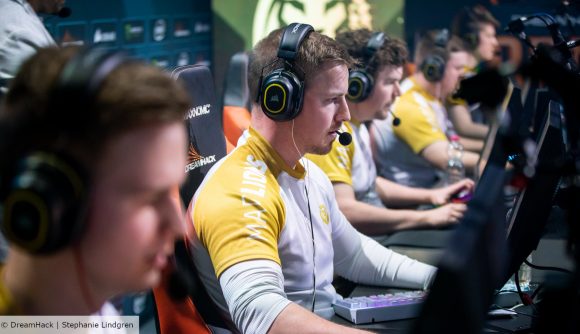 Yesterday afternoon, a number of Counter-Strike: Global Offensive teams came together to pull back the curtain on Flashpoint. The league, which is the first to be run by organisations, aims to better the esports ecosystem and make it sustainable for all involved. One of those teams is MAD Lions, and according to Overactive Media’s co-founder and chief strategy officer, the roster was acquired initially for Flashpoint.

Adam Adamou is one of six organisation heads who have helped create Flashpoint. Overactive Media owns Call of Duty League’s Toronto Ultras, Overwatch League’s Toronto Defiant, and the ex-Splyce roster in the League of Legends Championship. But compared to all those league slots, Flashpoint’s $2 million buy in is reasonably small and it’s something Adamou and his team are excited for – even if some of the world’s biggest teams aren’t involved.

“We all have to start somewhere,” Adamou tells The Loadout. “MAD Lions is new to the scene and we acquired this team just for this league – we had no interest to be involved in an ecosystem that was going to lose us money forever.”

“I’m not concerned about the teams involved. This is a long term project and we understand that some of the teams in the scene might be more risk adverse, but we disagree with them because the current system is a failure. Staying with a guaranteed failure rather than taking a risk is not a good move in my opinion.”

As an organisation-owned league, Flashpoint will be tailored to the needs of teams, players, and fans. Despite being one of the biggest esports games in the world, CS:GO is not yet sustainable, and Adamou and the rest of the ownership team want to change that.

“CS:GO is one of the biggest games in the world and Flashpoint is really the first opportunity for us to see if this ecosystem is viable,” Adamou says. “It’s a shame because it’s a tremendous game with a tremendous audience and there needs to be a way for teams to succeed at it.

“We see this as a unique model – the first of its kind. We believe this is an initiative that is important enough for the evolution of esports and it’s worth supporting. And I can’t think of a better game to do it for than CS:GO.”

Flashpoint is positioning itself as a league made by and for CS:GO fans. The broadcasts will be similar to the content output of the UFC, according to Christopher ‘MonteCristo’ Mykles, and fans should expect to see lots of trash talk between players, talent, and fans.