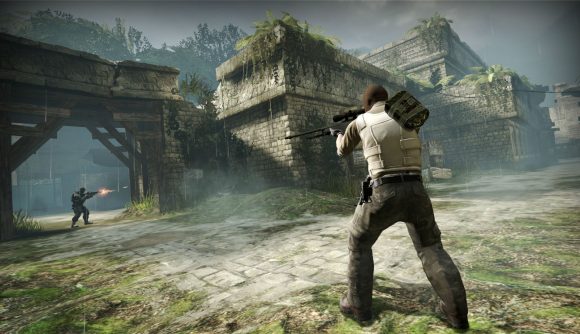 The new Counter-Strike: Global Offensive league created by team organisations and run by FACEIT will be called Flashpoint. The league will address core issues threatening the future of CS:GO’s ecosystem, including tournament monopoly, stability, and the economy.

The league, which the community will know from its code name ‘B Site’ will be targeted to adults and take inspiration from WWE and UFC for its content. As such, Flashpoint will be played offline in a live studio and will have two seasons annually, as well as a prize pool totalling $2,000,000 this year.

Flashpoint will maintain an open circuit to champion new talent. The partner teams, which include MiBR, Cloud9, Mad Lions, Gen.G, Dignitas, and c0ntact Gaming, will not be guaranteed a place in the league and will have to fight for their right to survive. This is to ensure there is a fair and equal opportunity for all teams in the tournament, who will all receive one of the biggest revenue shares in esports world.

Following the GSL group stage, there will be a redraft and the process will be repeated. If teams draw after the second group stage, tie-breaker games will be played and the top eight teams will qualify for the finals in a double elimination bracket.

Speaking on what will make Flashpoint unique, creative director Duncan ‘Thorin’ Shields says in a statement: “Progress in developing the format and tone of [CS:GO] broadcasts has been painfully slow, primarily because it has taken years before creatives from the community were in a position to influence those aspects.This league is finally Counter-Strike the way I’ve always wanted to see it presented.”

The league will directly compete with the ESL Pro League, who has invited some of the biggest CS:GO teams to compete. Although ESL has not confirmed the teams competing in the EPL yet, it’s likely that the majority of the top 20 will stay with the tournament organiser, even if ESL was forced to apologise.

Despite that, Flashpoint has managed to secure some of the best talent for the league. Thorin is the creative director of the league, but will appear on-air alongside Christopher ‘MonteCristo’ Mykles, Auguste ‘Semmler’ Massonnat, Dan ‘DDK’ Kapadia, James Bardolph, Freya Spiers, Jason ‘moses’ O’Toole, Anders Blume, and Sean Gares.

Although Flashpoint teams will not be able to play in the EPL, they will be able to participate in tournaments outside of Flashpoint’s two annual seasons, including Majors.

Flashpoint replaces FACEIT’s Esports Championship Series tournament in the CS:GO calendar. While FACEIT still remains part of the new league as “tournament operator and content producer,” according to a statement from the company, it will no longer have a say in how it is run.