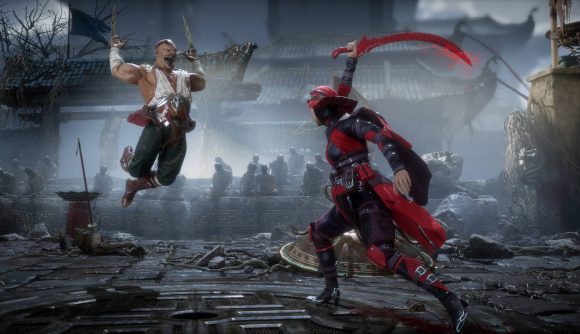 The Evolution Championship Series (Evo) has announced a new tournament in the Evo 2021 Showcase, a follow-up to this year’s main event.

Taking place at the UFC Apex complex in Las Vegas on November 27-28, the Evo 2021 Shwcase is described as a “new FGC tradition” where top players from each region will compete for a share of the $125,000 prize pool.

The showcase features all headline games from Evo Online in August, including Mortal Kombat 11 Ultimate (PS4, PS5), Guilty Gear Strive (PS4, PS5), Street Fighter V: Champion Edition (PS4, PS5, PC), Tekken 7 (PC), and Skullgirls 2nd Encore (PC). There will be tournaments for each, with $25,000 up for grabs across each title.

Crucially, the Evo 2021 Showcase is an in-person event. This will be the first time Evo has staged an offline event since Evo 2019, following Sony’s acquisition earlier this year and sexual misconduct accusations against ex-president and co-founder Joey ‘MrWizard’ Cuellar which cancelled last year’s online event.

Get ready for a new FGC tradition with the #Evo2021 Showcase!

The top players from each participating region of the Evo 2021 Online main events reunite in Las Vegas at the UFC APEX arena and production complex on Nov. 27-28 for one more competition!

The players invited to participate at the showcase will be determined by Evo 2021 Online results, with the top two players from four regions (North America, Europe, Latin America, and Asia) for each of the five games flown out, with 40 players in total at the event.

This announcement comes after the addition of the Evo Community Series, a sequence of smaller tournaments which began in June to lead into this year’s main event.