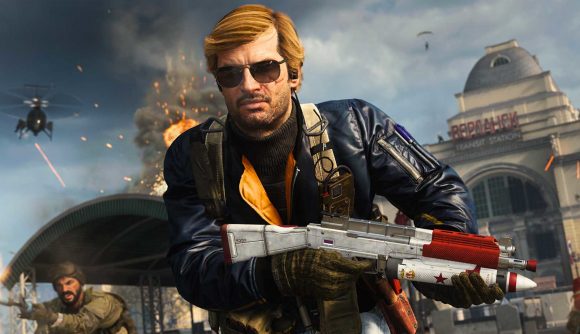 Call of Duty pro Doug ‘Censor’ Martin has called for the Challengers division of the Call of Duty League to return to a console-only environment. In a video uploaded to Twitter, the player states that this is due to fears over competitive integrity and hacking on the PC version of Black Ops Cold War.

“Two weeks ago there was a proven hacker who got banned permanently for cheating in the cup,” Censor notes. “They made a really great team place top 32 who is probably good enough to win and be in the pro league [regardless of cheating] – there’s pros and ex-pros in that team as well.”

The importance of these Challengers tournaments cannot be understated. Challengers is the proving ground for aspiring pro players that are looking to land one of the extremely limited spots on a CDL roster. The availability of cheats that can influence this high-stakes competition, and the lack of in-game enforcement to stop them, is a major concern. “There’s nothing stopping me or anyone right now from paying $20 on the internet and getting hacks, and literally being able to see everyone on the map,” Censor states. “It’s crazy to me that we’re dealing with this, and competitive integrity is out of the window right now.”

Censor believes the return to console is the only way to solve the problem, at least until Activision develops a suitable anti-cheat to combat it.  This issue was raised by former pro Rasim ‘Blazt’ Ogresevic back in September when the shift from console-only to crossplay was first announced. The concern regarding the lack of anti-cheat has since been highlighted by world champion Ian ‘Crimsix’ Porter and current Challengers pro Patrick ‘ACHES’ Price who have both criticised its absence in recent weeks.

As far as I’m concerned, this is the ONLY solution to hacking in COD 2021 pic.twitter.com/q7GNQonA2j

The response to Censor’s solution has been mixed, with many concerned that forcing CDL hopefuls who have already shelled out for a PC back to consoles isn’t financially feasible. Additionally, with very few PS5s currently out in the wild, those who won’t be able to get hold of one will be frozen out of competition.