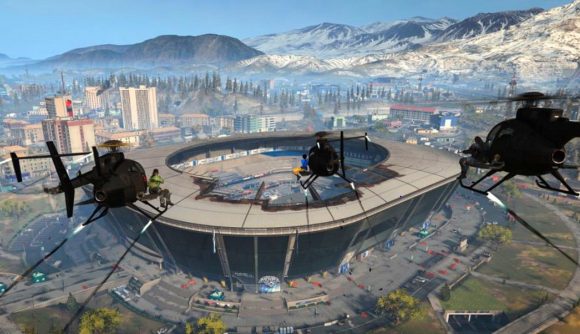 The commissioner for the Call of Duty League believes that Warzone is a “great sandbox” for future esports content after the game mode’s Stadium was teased as having some tie in with this weekend’s conclusion to the inaugural CDL season.

In a press conference with Johanna Faries, The Loadout quizzed the commissioner about whether there will be any changes or fresh approaches to content and the broadcast for the imminent Championship Weekend.

“We have a few pretty awesome announcements and surprises for fans up our sleeve so I would just say stay tuned,” Faries says. “It’s gonna be an awesome few days for our community and fans. We always have an eye towards freshness and making sure we’re as exciting and as compelling as possible. The short answer is yes [fresh content/broadcast is happening] and we’ve already announced some of the exciting things and collaborations we’ve been doing, like the Billionaire Boys Club fashion collab and the reveal of the new trophy which, if you ask me, is the coolest trophy in sports! We want to create something special for fans as we cap this inaugural season.”

On Warzone’s part in Champs content, specifically, Fairies remains just as tight-lipped, but does recognise the battle royale’s potential as another arena for creative content for the CDL.

“[We have] nothing detailed to confirm in that regard, but I’d say that it’s been awesome to think about what creative lens we can wrap [the CDL] with. Warzone, having the presence it now has within not only our own ecosystem but for the franchise more broadly, is amazing. It affords us yet another brush with which to paint, so I would say that it continues to be a great new sandbox to play in.

“It’s been great to do that with Warzone Weekends in recent months, seeing our pros go head to head as a new content vector for us. But opening Stadium and seeing our billboards promoting champs weekend when you drop into Verdansk has been yet another example of how Warzone becomes a new space for us to engage and continue to promote this league.” 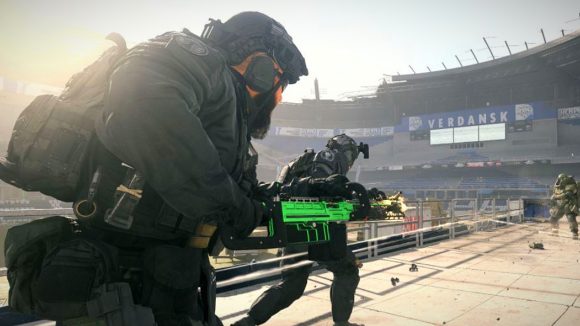 With this year’s Championship already providing a number of incredible storylines within the existing 12 teams, The Loadout also asked the commissioner for an update on whether the league will expand next season.

“We continue to see great demand for CDL and it’s coming in from a lot of different places, but right now we’re heads down and focusing on our current 12 franchises,” she says. “They’ve been with us since the very beginning here and we’re solely focused on capstoning our season in a big way this coming weekend. That said, we were oversubscribed in terms of demand when we first sold our initial 12 [spots in the CDL], and we continue to see different entities and organisations leaning in.

“Having interest in expansion is a great problem to have – what we do with it is to be determined. But growth is always something we are very ambitious about and we will do right by that demand, it’s just a matter of how and when it’s appropriate to do so.”

The first ever champion of the Call of Duty League will be decided this weekend, with one of Dallas Empire, Atlanta FaZe, Chicago Huntsmen, or London Royal Ravens being crowned.