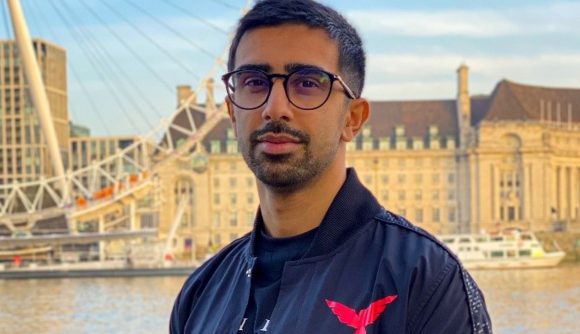 Call of Duty: Warzone content creator and Sidemen member Vikram ‘Vikkstar’ Singh Barn has become a co-owner of Call of Duty League franchise London Royal Ravens. In recent months, Vikkstar’s presence in the Call of Duty space has grown massively thanks to the success of his Warzone streams and video content, as well as featuring in a number of winning teams in tournaments.

Vikkstar’s role at Royal Ravens will go well beyond just part-owning the CDL team. Parent company ReKTGlobal says that he will be a key part in “growing London Royal Ravens’ fan base in the United Kingdom and beyond,” and will oversee the launch of new content, merchandise, activations, and also host Warzone competitions on behalf of ReKT. Vikkstar will also be utilising his large audience on YouTube and will co-stream London Royal Ravens matches in the Call of Duty League throughout the 2021 season.

“When I started streaming, I set out to be competitive, produce fun content, and create a community,” Vikkstar says. “Ten years late, I’ll apply that same passion in support of my local team, London Royal Ravens. I can’t wait to see how fans respond to all the exciting plans we have ahead.”

With Warzone becoming a gold mine for Call of Duty content and big prize pool tournaments being held for the battle royale pretty much every week, it’s no surprise to see a CDL franchise actively looking to expand into that field.

Joining forces with his home team, @Vikkstar123 is joining the London Royal Ravens as a Co-Owner 🇬🇧 #6thRaven pic.twitter.com/ZJG1zwbe8n

It also comes shortly after new franchise LA Thieves, owned by esports organisation 100 Thieves, announced it would form rosters in both Warzone and Call of Duty Mobile to compliment its CDL team.

Royal Ravens surpassed expectations in the Call of Duty League’s inaugural season, reaching the CDL Championship Weekend and placing fourth. Speaking to The Loadout earlier this week, managing director Michael ‘ODEE’ O’Dell reveals that he believes his team can replicate that success in 2021.