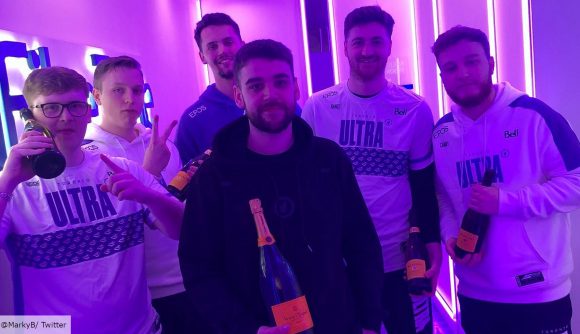 Toronto Ultra has pulled off a shock loser’s bracket run to be crowned the Call of Duty League Stage 2 Major champions. The all-European roster showcased a display of endurance as it battled through 16 maps of Call of Duty across three series on the final day of the major, culminating in a huge upset against Stage 1 champions Atlanta FaZe in the final.

After poor results in Stage 1 and the start of Stage 2, Toronto Ultra made the controversial decision to bench experienced American player Anthony ‘Methodz’ Zinni in favour of British rookie Jamie ‘Insight’ Craven to make an all-EU team. Ultra’s coach, Mark ‘MarkyB’ Briceland, told The Loadout prior to the major that he “expected backlash” for the decision and suffered accusations of EU bias, but it appears to have paid off.

The team’s mammoth run on the final day of the tournament began with two 3-1 victories in the loser’s bracket – first against Minnesota Rokkr and then reigning world champions Dallas Empire – despite going a map down in both fixtures.

Ultra then carried that momentum into the best-of-nine grand final against FaZe – the overwhelming favourites. Coming from behind twice, Ultra saw out the series 5-3 to be crowned Stage 2 champions and bag $200,000 in prize money.

The victory over FaZe included a clean 3-0 Control win on Raid, and a faultless 6-0 sweep during the final Search and Destroy of the series on Express. The Express Search and Destroy also featured a huge 10-0 performance from Ben ‘Bance’ Bance, who was named Player of the Stage.

Atlanta FaZe has looked virtually untouchable this season, having lost just one series in 2021 before its defeat to Ultra in the final. With FaZe potentially on the ropes and teams like Ultra and Minnesota Rokkr stepping up their game this major, Stage 3 promises to be an incredibly open affair.

Stage 3 should also see the new changes to Control’s scoring system in Black Ops Cold War introduced, which will be yet another variable for teams to adapt to.