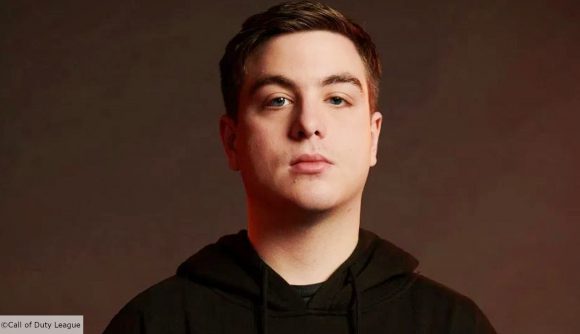 Arguably the biggest talking point over the last week in the Call of Duty esports scene has been around gentlemen’s agreements, or GAs. Following a nerf to the MP5 – which has been the staple SMG for pros in the Call of Duty League – teams began experimenting with different weapons to plug the gap.

The Uzi was first, and this was quickly swept under the rug after its powerful .41 AE rounds were GA’d when the majority of CDL teams wanted it out. Then came the AUG, which this week was also subject to a GA. One team that has been particularly vocal about the AUG getting voted out is Atlanta FaZe, who has been scrimming with it ahead of this weekend’s New York Home Series.

In a now deleted tweet from one of FaZe’s SMG slayers, Tyler ‘aBeZy’ Pharris shows his disappointment on the decision to ban the AUG from competitive play and claims FaZe would be “blacklisted” from scrims if they continued to use it. Others in the CDL, such as Dallas Empire’s Ian ‘Crimsix’ Porter, have also weighed in on the issue. But how has this rocky week for FaZe – the current top team in the CDL standings – impacted things going into the New York Home Series?

“Honestly, it’s just been really frustrating because in the past week every single day we’ve been using a new gun in scrims,” Atlanta FaZe’s Chris ‘Simp’ Lehr tells The Loadout. “It’s not something consistent I can just keep working with. So as soon as the AUG meta had settled in we had like two days to play with it, and then as soon as that happened they [majority of CDL teams] GA’d it so it’s being switched up again right before an event which kind of sucks. It’s just been a really frustrating week.”

aBeZy on this weekend and the AUG GA from r/CoDCompetitive

With Atlanta FaZe being the league’s top team right now and seemingly getting to grips with the AUG quickly, some fans accused teams of targeting FaZe specifically as banning the AUG would disrupt scrims ahead of this weekend’s Home Series.

However, despite his team’s frustrations, Simp assures that this isn’t the case.

“I wouldn’t say it’s us. I mean, we’ve been the top team like the entire season,” Simp says. “Well, top two teams anyways. So I don’t think it’s really people like us they’d be worried about, it’s probably the other teams they’re concerned about.

“I do see how like the AUG was deemed overpowered and it had its moments where it shouldn’t be killing people when it does. But I mean, it’s kind of just how this game is with the tick rate and just how quick the time to kill is. Any gun can do it, basically.”

With so many changes happening so close to the end of the regular season in the CDL (both through nerfs within the Modern Warfare game and from players’ GAs) pros are calling for more consistency as the $4.6 million Championship beckon, including Simp.

I really try to not bitch and complain on twitter but wow this year has been extremely frustrating.

“I think the GAs are starting to get out of hand this year,” Simp claims. “I think most of them were pretty good as there’s a lot of stuff in this game that most of us pros didn’t like or didn’t think was competitive. However, I think it’s getting to a point now where we’re changing the meta way too much. We just need something consistent going into champs and we shouldn’t change the game and how it’s played a month away from the end of the season. I think it should have been much more consistent over the last couple of months.”

Despite this, FaZe has lived up to Call of Duty fan’s expectations as its star-studded roster – including 2019 world champions Simp and aBeZy – has climbed to the top of the CDL standings with two Home Series titles under its belt.

You can see how Simp and Atlanta FaZe get on at the New York Home Series this weekend (July 10-12) on the Call of Duty League’s YouTube channel.