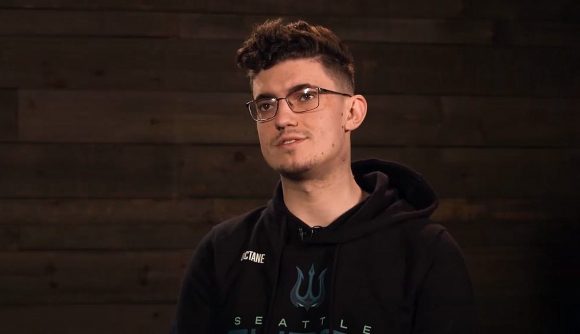 It’s already been a tricky week for Seattle Surge. The struggling Call of Duty League team has lost three time world champion Damon ‘Karma’ Barlow to retirement and was forced to bench Ian ‘Enable’ Wyatt for the rest of the 2020 season.

It’s no secret that something hasn’t been right with the team, and during yesterday’s Codcast with Anthony ‘Nameless’ Wheeler and Jonathan ‘Pacman’ Tucker, Surge player Sam ‘Octane’ Larew added to an already bad week by admitting the team has been “blacklisted” from scrimming with the majority of teams in the CDL for the last two months.

When questioned about some Twitter gossip suggesting that the team were barred by other teams in the league from scrimming against them, Octane reveals that the rumour is completely true. “It’s definitely not a joke,” he says, shaking his head. “We don’t get scrims anymore because we were either ass, or never on time. So we only scrim three pro teams… That’s been a thing for like two months.”

Pacman, who is head coach of fellow CDL team OpTic Gaming LA, echoes this by saying he had “so many scrims booked” with Seattle Surge, but that head coach Joey ‘Nubzy’ DiGiacomo would almost always call ahead to cancel.

Octane later uses the team’s schedule with LA Guerrillas as another example of Seattle’s attitude towards scrims, saying that out of the 23 booked in practise sessions, the team only showed up for 15 and completed a full series of maps only four times.

Octane then refused to go into any more details as to why scrimming has become such an issue in the Seattle camp, but defended his head coach saying that “it’s not Joey’s fault, we [the players] are all grown-ass men.”

These revelations surrounding the team’s scrimming situation are likely a big factor in its poor showing throughout the 2020 CDL season, and potentially one of the reasons for Karma deciding to call time on his playing career. Now that substitutes Casey ‘Pandur’ Romano and Nicholas ‘Proto’ Maldonado have been promoted to the starting lineup in place of Karma and Enable, scrims will be all the more important for them to gel together.

Seattle Surge are currently second from bottom of the CDL standings, with 40 points.