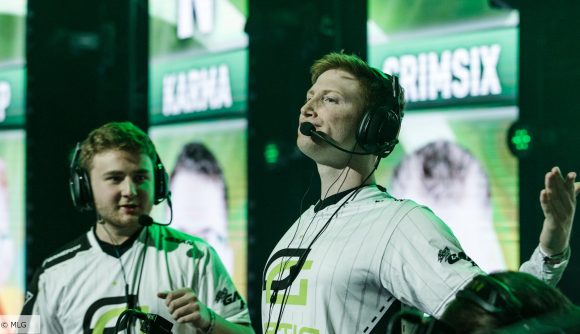 Seth ‘Scump’ Abner says his ex-teammate wants to be the villain of Call of Duty League and that he’s tired of the sub-tweeting. The Chicago Huntsman fragger revealed he’s sick of the feud in a candid interview with NRG Esports, in which he talks his about his childhood, the Call of Duty drama, and his thoughts heading into the League.

According to Ian ‘Crimsix’ Porter, the ex-OpTic Gaming roster “hated each other” and he can’t wait to get revenge on his former teammates in the new Call of Duty League. Now in the pre-season, Crimsix doesn’t seem to want to drop the feud, and Scump’s having none of it.

“It’s like a bad breakup. I’ve always kept things close to my chest – I don’t need the public to sit there and white knight me. I don’t need that pity, attention, affirmation.”

And although Scump doesn’t want to get dragged into the drama, he admits he’s not been the best at holding back in the past. Despite that, he thinks Crimsix should drop the war of words and go back to trying to prove himself on the server instead.

“We won so many tournaments together, and me and Matt were the best statistically, Damon was the dirty worker. We won him [Crim] so much money.

“He did his part obviously, but we were the ones really frying people. I just don’t get it – move on. If you have beef with me fine, but try and beat me at the tournament.”

Aside from talking about the drama, Scump weighed in on the other teams in the League, calling Atlanta FaZe and London Ravens “youthful and talented,” and OpTic Gaming “boots on the ground superstars. Dallas Empire on the other hand, for which Crimsix plays, was described as “arrogant,” “cocky” and “flamboyant.”