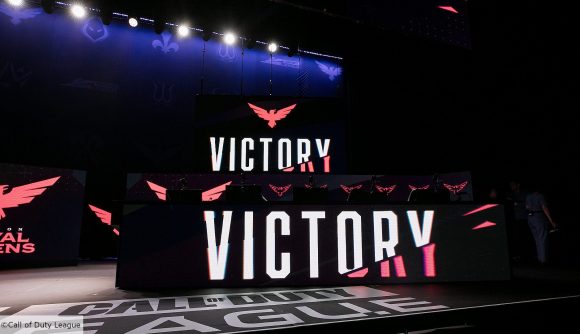 London Royal Ravens has made yet another Call of Duty League roster change, bringing in 22-year-old Alex ‘Zaptius’ Bonilla from one of the top teams in the CDL Challengers division.

In similar fashion to its acquisition of Paul ‘PaulEhx’ Avila prior to Stage 2 of the 2021 CDL, Royal Ravens has opted to drop one of its more experienced players in favour of a young American star from WestR, a team that dominated NA Challengers events at the start of the season. Thomas ‘Dylan’ Henderson – one of Royal Ravens’ standout players last year – has now been dropped to the bench. Of the roster that was first announced at the start of the season, only Sean ‘Seany’ O’Connor will represent Royal Ravens in Stage 3.

“Zaptius brings a different dynamic to the team, and will greatly help our pacing in general,” Dominate says. “He has previous experience with PaulEhx, and over the past few days, has fit in well with the rest of the team. He has shown commitment to improving and understands what he needs to do [despite] such a short transition period.

“He’s well known for his skill on Search and Destroy, and I can see him influencing our results in a big way across all game modes.”

CDL teams have been harvesting plenty of talent this season from the NA Challengers division, and many established names have been displaced as a result. With the likes of Minnesota Rokkr’s Eli ‘Standy’ Bentz and Toronto Ultra’s Jamie ‘Insight’ Craven turning fortunes around for struggling teams, the impact less-experienced players have had already has been huge.

With PaulEhx also impressing so far, Royal Ravens fans will be hoping for more of the same from Zaptius.