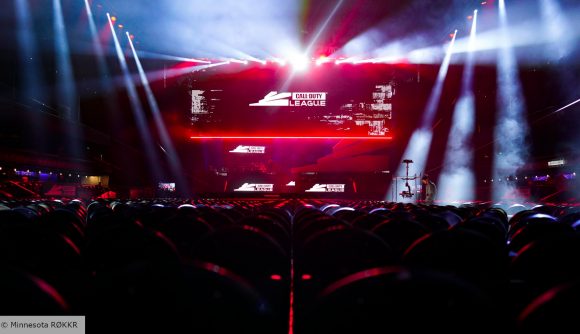 London Royal Ravens’ Sean ‘Seany’ O’Connor has arguably been the team’s standout player so far in its incredible CDL Championship charge. Throughout last week’s Playoffs, impressive performances thrust the Scot into the spotlight for what was really the first time in his professional career.

While Ravens fans have gone wild for crazy kill sprees by Matthew ‘Skrapz’ Marshall or drooled over countless insane snipes by his brother Bradley ‘Wuskin’ Marshall, Seany was rarely the player to make the highlight reels or stand out with a high-kill game. However, Playoffs has been a different story, with Seany receiving high praise and, for the first time since he was subbed into the main roster in April, becoming the centre of attention on this Ravens team.

Despite receiving recognition and being the subject of countless builder-related memes for his crazy plays in the construction area of Rammaza, Seany says the main focus is to do what’s necessary to win rather than become a “flashy” player.

“Don’t get me wrong it’s great to see people tweeting you all the time and giving you props and appreciation, but I’ve been competing all season with the main goal to win and doing whatever needed to be done to achieve that,” Seany tells The Loadout in a press conference. “At the start of the season I wasn’t here to be that flashy player, and things weren’t really clicking for us and every home series we kept falling short. But leading up to champs, I feel like me and Dylan put in an extra grind, started playing 10s and things like that and that showed at Playoffs.”

4 days to go until #CDLChamps

Royal Ravens’ coach Shane McKerral was full of praise for the Scotsman, likening his role as the team’s engine to that of Liverpool captain Jordan Henderson’s and saying that Seany’s recent praise has been long overdue.

“For years Seany has been a player that has been completely discredited due to the uneducated opinions of a lot of fans,” says McKerral, who coached Seany at Team Reciprocity prior to the formation of the CDL. “[They] might only see the flashy kills and two-pieces, rather than give him the credit he deserves, so it’s been nice to see him finally get some. He’s proved how key he is to the team.

“I’ve worked with Sean for two and a half years and he’s always been the player that can make things tick. He does the dirty work. It’s not always the most exciting stuff, but he’s like Jordan Henderson for Liverpool – not as exciting as Mo Salah but without him the team wouldn’t function.”

Seany and the rest of the Royal Ravens will look to continue their incredible Champs run when they face Chicago Huntsmen tomorrow for a spot in the losers bracket final.