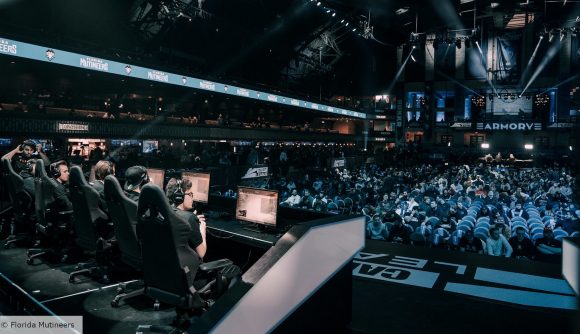 When the Call of Duty League announced that it would be returning to a 4v4 format for the 2021 season, fans already knew that a crazy Rostermania was around the corner. But no one expected it to be quite this crazy.

At the time of writing, over 50 players who were signed to teams in 2020 are now currently free agents, according to COD Gamepedia’s listings. Just yesterday, 22 players were dropped from rosters, with some – such as Paris Legion – releasing every single member of the team. It’s not just the league’s underperformers that have been cleaning house, however. Chicago Huntsmen, who placed third in the inaugural CDL season, has dropped twin brothers Alec ‘Arcitys’ Sanderson and Preston ‘Prestini’ Sanderson, while fourth-placed London Royal Ravens has made every player bar Sean ‘Seany’ O’Connor a free agent.

While there was always going to be movements this offseason, with all rosters having to drop at least one player from the starting lineup to accommodate the change from 5v5 to 4v4, the mass purge of players from across the league has pointed to ulterior motives.

With a pandemic-stricken first season, many teams will have not seen the expected financial returns on their $25 million buy-in fee to the CDL, and many believe the mass releasing of players is an attempt to not only cut operations costs but see a widespread reset of player wages.

We want to thank our players who represented London with pride.

We wish them all the best in their next ventures. pic.twitter.com/U5UVmu5p8O

While moves to other teams are likely, there is also a strong chance many of the released players could end up re-signing with the teams that have just dropped them, albeit on less lucrative contracts.

So far, only Atlanta FaZe and Florida Mutineers are yet to officially announce that they are dropping any players.

The 2021 CDL season officially does not start until midnight on September 14, so while players and teams are likely deep in negotiations right now, new contracts won’t be signed or announced until after that time.