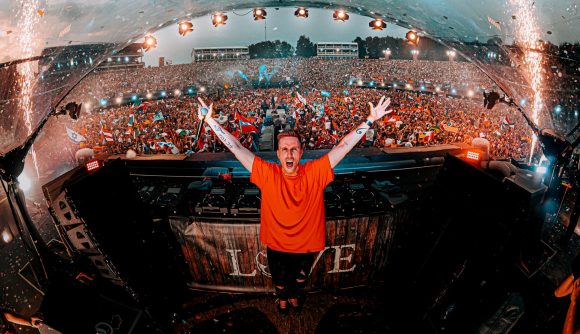 The first Home Series event of the inaugural Call of Duty League in London will feature a performance from one of the world’s biggest EDM artists, Nicky Romero.

The Dutch DJ and producer, who himself is an avid Call of Duty fan, will play on the opening day of the action (Saturday, February 8) at the first tournament weekend of the new franchised league which is being hosted by London Royal Ravens. The Royal Ravens, who are one of just two European franchises in the CDL along with Paris Legion, invite seven other franchises from across the league to compete in the first Home Series tournament of the season.

Fans at the venue will not only be able to listen to Romero live but also get the chance to meet the EDM star and watch him take part in a 2v2 mini tournament against some other soon-to-be-announced celebrities.

The CDL officially kicks off later this month on January 24 with the Launch Weekend event in Minnesota, in which all 12 teams will be in attendance. However, the London event is the first chance for teams to earn some serious CDL points, with the winner of the weekend earning the maximum amount of 50 points.

Tickets for the London Home Series event, which runs across the weekend beginning February 8, can be found here.