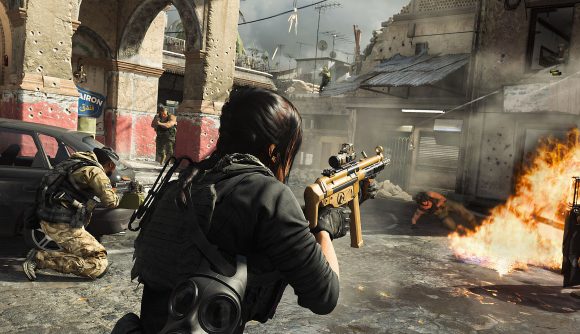 Call of Duty: Modern Warfare developer Infinity Ward has come under fire after a weapon tweak to the MP5, one of the game’s most popular guns, just days before the finals of the Call of Duty League Championships.

The CDL finals will be held on August 29 and August 30, giving the pros little time to get to grips with this change, which is a small but significant visual tweak. While this change will barely be noticed by casual players, for pros who use the weapon day in, day out, it could be enough to throw them off their game before the biggest match of the season.

When concerns were initially raised over making changes to guns in the CDL meta, the community manager reassured fans, “This [patch] tunes weapons that [pros] don’t use”. However, some are still unimpressed that adjustments are coming so late in the season.

The community manager was speaking of the previous patch, rather than this most recent one, although in both cases, guns favoured in the CDL remained unscathed. However, since the latest patch dropped, people have noticed the MP5 looks slightly different.

Looking specific to the Collapsible stock attachment, which is why it didnt look different in the previous stuff I posted earlier.

Rough Trace of how it looked in old Gameplay Compare to New. Damascus is OLD Gameplay & Red Tiger is New. Pretty obvious. Console FOV(80) for all. https://t.co/XlQA6vDW3k pic.twitter.com/3MMVDJPdNl

The gun’s shape, particularly around the collapsible stock, has been changed. Again, it’s not a thing casuals would be affected by or even notice, but it does introduce a change at fine margins for the elite players.

The only actual changes to weapons in the most recent patch are “lowered optic resolution and reduced thermal range” for sniper rifles, and a visual adjustment to gun stats to better align them with post-launch updates, meaning that the community manager’s reassurances over the last patch hold up for this one. That is, apart from the MP5 changes, although at this stage we don’t know if the visual changes to the MP5 were even deliberate.

This year’s Championships has the highest prize pool yet, with a total of $4.6 million available.