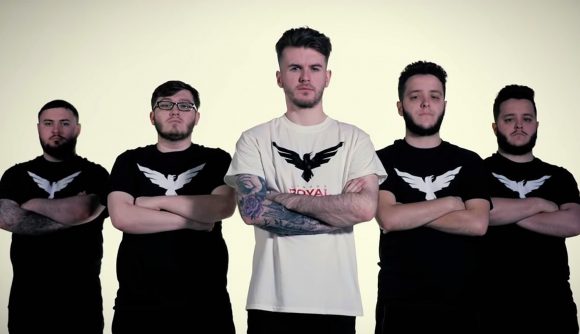 The London franchise for the inaugural Call of Duty League has become the first of the 12 teams to official reveal their brand.

The franchise, who is owned by the parent company of Rogue Esports, ReKT Global, will be called the London Royal Ravens, with a silhouetted raven flying upwards as their logo. The brand has been inspired by the famous ravens that guard the Tower of London.

The announcement video for the brand reveal was accompanied by their usual hashtag of ‘#MindTheGap’, but also ‘#6thRaven’, which had some wondering if an announcement for a substitute player was in the pipeline. However, further clarification from the Royal Ravens’ account confirms that it is in fact the fans that are the sixth raven, similarly to how football crowds are referred to as ‘the 12th man’.  It does appear that, for now at least, the London team will be sticking with just a five-man roster.

The Call of Duty League, which will be the first ever franchised CoD league and will be played on the new Modern Warfare title, features five-man squads. However, teams are allowed to sign substitutes to their rosters, as was seen in the Paris franchise’s announcement which saw seven players being revealed.

The Ravens are coming.

The Royal Ravens are one of only two franchises not based in North America (alongside Paris) and their roster consists of the best British and Irish talent from last year’s Call of Duty World League.

Twin brothers Matthew ‘Skrapz’ Marshall and Bradley ‘Wuskin’ Marshall have been signed, as has Dylan ‘Dylan’ Henderson, one of the most highly-rated young players in the league last season.

The Call of Duty League commences in 2020, with a prize pot of over $6 million available throughout the season.