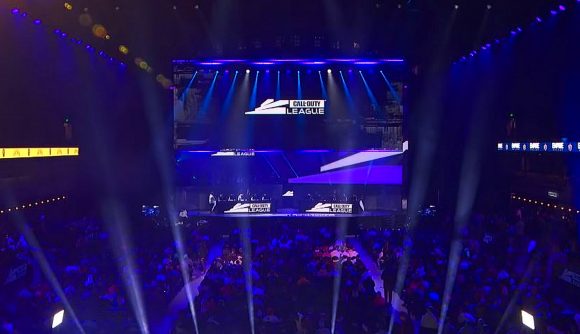 With a new game, a new league, and 12 new rosters all thrown into the pot, it’s safe to say no one could confidently predict what would happen at the Launch Weekend of the inaugural Call of Duty League in Minnesota.

While past achievements, scrim records, and power rankings were being banded about throughout the Call of Duty esports community, a league where so much has changed will always be hard to call. Some of the general predictions were right, such as Atlanta FaZe and Chicago Huntsmen being at the top of the pack, but others were not, such as Dallas Empire struggling to find its feet and Paris Legion being the dark horse of the event.

But in which areas are teams and players excelling or falling short? Who was holding down the hill in Hardpoint or clutching up in Search and Destroy? And who needs to go back to the drawing board before the first Home Series event of the season in London?

Let’s take a look at some of the standout statistics from the CDL Launch Weekend.

After some insane Search and Destroy rounds and consistent performances across the other game modes at Launch Weekend, London Royal Ravens’ Bradley ‘Wuskin’ Marshall leads the pack for overall K/D ratio with 1.60.

Close behind him is one of this year’s most feared players, Chris ‘Simp’ Lehr of Atlanta FaZe, who posted a 1.58 K/D.

Down at the bottom of the pack is a name many wouldn’t have predicted: Call of Duty veteran and two-time world champion, Patrick ‘ACHES’ Price, who registered a K/D of just 0.68.

Gunless and Skyz are Kings of the Hill

While it’s always important to rack up some kills in respawn modes, there’s always got to be someone holding down the hill for you when it comes to Hardpoint.

Over Launch Weekend, there is a tie at the top for the average amount of time spent in the Hardpoint, with Chicago Huntsmen’s Pierce ‘Gunless’ Hillman and Florida Mutineers’ Cesar ‘Skyz’ Bueno being the top objective players, averaging 112 seconds in the hill each game.

Skyz’s Hardpoint performance is made even more remarkable by the fact that he was both the key objective player for his team while also registering the eight highest Hardpoint K/D of the weekend with 1.43.

The standout Search and Destroy team of Launch Weekend was certainly Atlanta FaZe. There’s several stats that show Atlanta’s dominance when it comes to Search, so we’ll just reel some off for you:

The only team not to drop a round all weekend with 12 rounds, 12 victories. The top four players for K/D in Search and Destroy are all Atlanta FaZe, with the highest being a massive 14.0 from Michael ‘MajorManiak’ Syzmaniak. And Preston ‘Priestah’ Greiner achieved the highest kills per round ratio with 1.25.

The @ATLFaZe dropped only one map at Launch Weekend, hear from @Priestahh in the @PlayStation Instant Reaction. #EZAF #CDL2020 pic.twitter.com/ibAeILz1p2

They were ruthless and unstoppable. Let’s see if they can continue that ruthless streak into the London event.

Bomb? What bomb? Dallas and Chicago fail to plant in Search

Both Dallas Empire and Chicago Huntsmen had mixed fortunes across Launch Weekend when it came to Search and Destroy. But one thing they both had in common was that neither team managed to pull off a single bomb plant in Minnesota.

Even in the games of Search that the two teams won (Chicago’s win came against OpTic LA, while Dallas took down the Huntsmen in the opening fixture), they won attacking rounds simply by wiping out the opposition.

So there we have it, some of the standout statistics from a crazy opening weekend to the Call of Duty League. A big thanks to Atlanta FaZe analyst Austin ‘Easy Mac’ O’Neil, whose monster spreadsheet provided all the info for this article.