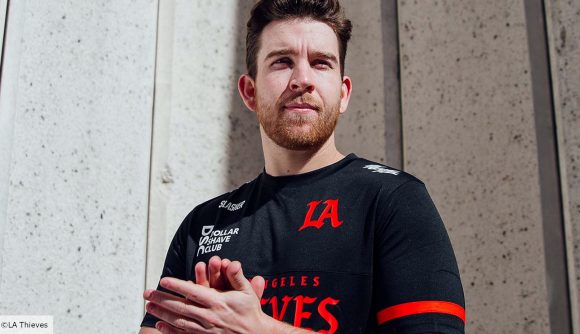 Stage 2 of the 2021 Call of Duty League has not been kind to LA Thieves. The franchise has struggled to find any kind of form and has finished dead last in Group A with a 1-4 series record, meaning it will start this weekend’s major in the depths of the loser’s bracket.

LA Thieves has already looked to shake things up earlier in Stage 2 by bringing in one of the brightest young talents from the CDL Challengers division, Carlos ‘Venom’ Hernandez, in place of Donovan ‘Temp’ Laroda. However, the team is now taking more drastic action ahead of the Stage 2 Major.

Call of Duty veteran and main AR for LA Thieves, Austin ‘Slasher’ Liddicoat, has been dropped from the roster, and substitute Zack ‘Drazah’ Jordan has been promoted to the starting lineup after strong performances in Challengers. While Drazah is no rookie, having featured towards the end of the 2020 CDL season for OpTic LA before the franchise was bought and rebranded by 100 Thieves, it’s yet another case of younger players replacing older, experienced pros in Stage 2.

LA Thieves head coach and former world champion Jordan ‘JKap’ Kaplan admits this is a “huge shakeup” to the roster, but is excited to see what Drazah can bring to the table for the major.

Huge shake-up, but had to try something different for the Major after a super disappointing group stage. Looking forward to seeing what @Drazah_ can do https://t.co/ArR0w9oQbk

The narratives that still exist about CoD are hilarious and pretty outdated. CoD has evolved in a similar way to basketball. It’s basically positionless and you need to be able to adapt and play any situation with any gun

With many on social media suggesting that Kenneth ‘Kenny’ Williams will be taking on the main AR role in Slasher’s absence, JKap also sparked discussion among fans by claiming competitive Call of Duty was becoming “positionless.” With Slasher being a more traditional AR player, rarely engaging in close-range fights, it will be intriguing to see if LA Thieves goes down a less-traditional route when it comes to team composition without him.